a new standard of realism with HyperMotion 2 technology 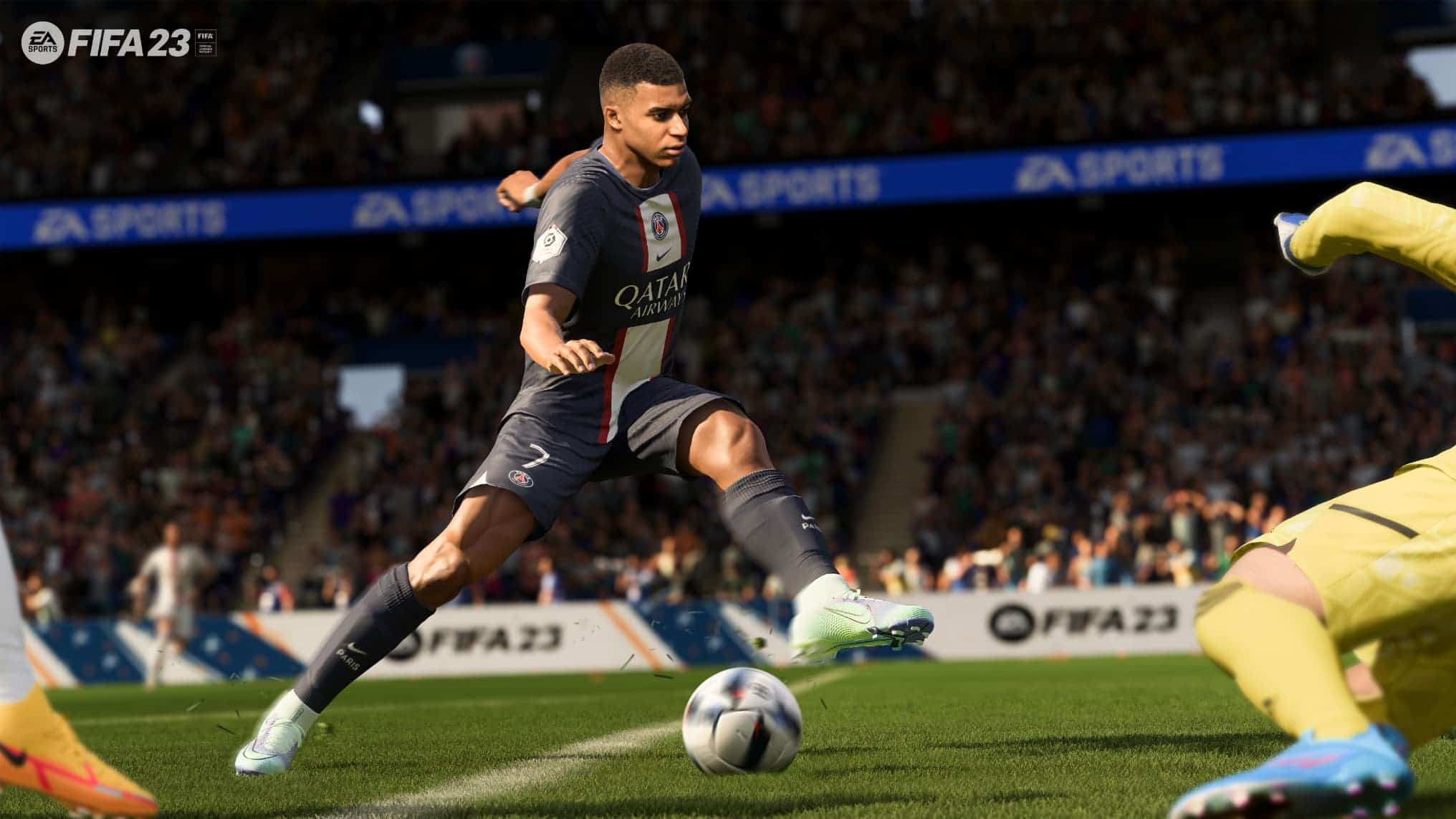 The latest FIFA from EA Sports will be the most comprehensive FIFA yet.

HyperMotion 2 for the next generation of consoles will allow FIFA 23 to offer unmatched authenticity with an even more advanced and immersive on-court gameplay: “Player and team movements on the pitch are even more responsive, intelligent and authentic, whether they are protecting the ball from defenders or dueling a striker in the air as a goalkeeper. Players can also expect an all-new intelligent dribbling system, smoother and more natural transitions when shooting, new acceleration mechanics and even improvements to player placement.“. This new opus will also offer various improvements and innovations with several modes such as Career, Pro Clubs, Volta Football or the famous FIFA Ultimate Team (FUT). The new training center training system will allow new and experienced players to learn the basics of FIFA 23 and improve their skills before the match starts. Finally, cross-play features will also connect and engage fans like never before.

“We’ve pushed the limits of realism in FIFA 23 with HyperMotion2, using cutting-edge technology to capture professional women’s and men’s teams in high-intensity matches, creating millions of data points in real-time in new animations.” says Nick Wlodyka, CEO of EA Sports. “The result is the most natural and realistic motion ever seen in a soccer game and, with the integration of the Men’s and Women’s World Cups, women’s club teams and cross-play features, it will immerse players and global soccer fans for years to come. .

For the first time, FIFA 23 will feature women’s teams from the Barclays Women’s Super League and the Arkema division, aiming to expand its standing as the world’s most authentic football experience, but also to create comprehensive entertainment content.

Players will also be able to experience the pinnacle of men’s and women’s international football in FIFA 23 with the 2022 FIFA World Cup. FIFA World Cup in Qatar and 2023 FIFA World Cups in Australia and New Zealand with updates. No additional charges after launch.

“As absolute football fans, the FIFA franchise is a must in our daily lives. We are excited to have the opportunity to collaborate with this hugely popular game and bring our own style to the comments of this new edition.Omar Da Fonseca and Benjamin Da Silva, BeIN SPORTS France commentators on LaLiga matches (Spain’s first division). “It’s a real honor to be able to highlight players’ matches and publish their most impressive moments in the game.“

Developed by EA Vancouver and EA Romania, FIFA 23 will be available on September 30. On PS5, PS4, Xbox Series X, Xbox Series S, Xbox One, Google Stadia and PC. Note that early access to the Ultimate Edition will begin three days in advance. Players can pre-order the new iteration of Electronic Arts’ soccer simulation to get additional content.