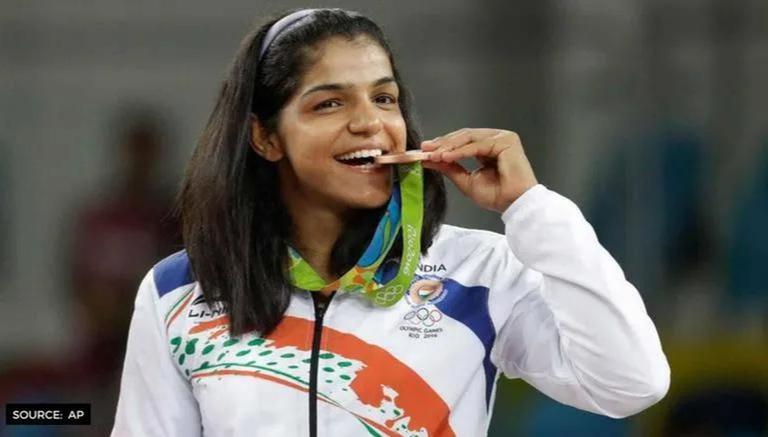 A relatively weaker field at the Commonwealth Games will be an ideal opportunity for the struggling Vinesh Phogat to regain confidence, while the desperate Sakshi Malik would be looking for relevance even as most of India’s wrestlers are expected to make it through the draws.

The CWG will be important not only for Vinesh and Sakshi but also for Bajrang Punia, who is a bit jittery about his attacking prowess as he suffered a mind-boggling and doubt-inducing knee injury ahead of the Tokyo Olympics.

He recently underwent some medical tests and the results restored his confidence that his body was not in danger of collapsing if pushed. He can afford to go all out at the CWG, where wrestling powerhouses such as Iran, Russia, Japan or Kazakhstan do not compete.

Only the Canadian and Nigerian wrestlers can mount a serious challenge to the Indians, who have dominated the quadrennial event for years.

The 28-year-old Bajrang would like to bring back that attacking element to his game. His greatest strength has always been his enormous stamina. He has a lot in the tank and literally ruled the second half of the matches with his enviable stamina. Vinesh was one of the most dominant forces in the wrestling world prior to the Tokyo Games and her fortunes have only plummeted since her shock exit from the Japanese capital.

Much to the surprise and disappointment of keen observers of the sport, Vinesh has even been trying to outdo his compatriots of late. This was something unthinkable before the Olympic Games in Tokyo, where she went as one of the hot favorites for a medal.

Her struggle with the mental side of the game and conflicts with the establishment after the Tokyo Games took a toll, making it a difficult and challenging road back to normal.

CWG can be the platform to bring back Vinesh’s confidence and rhythm. A good result will certainly boost her morale and give her the belief that she can still be the force her rivals around the world have always been wary of.

There is not much time left until the 2024 Paris Olympics and the sooner Vinesh starts believing in her abilities, the better for her.

Similarly, CWG will be crucial for Sakshi, whose struggle seemed never-ending until she found her lost confidence after a session with a psychologist. She eventually managed to defeat Sonam Malik in the CWG trial in the semi-finals after losing four straight bouts to the young wrestler.

She also defeated Manisha in the finals to clinch a berth in the 62 kg category as she had lost to the same wrestler at the Asian Championships trials.

Sakshi is no longer just defending herself. He looks to dominate, score points and end his matches quickly, and those are good signs.

The 29-year-old hasn’t had any big results since winning the bronze medal at the Rio Olympics, and winning a medal at a multi-discipline sporting event like the CWG can make a comeback.

Tokyo Games silver medalist Ravi Dahiya (57 kg) is a wrestler of such class that he can win with one leg and one arm at the CWG level. He wouldn’t need his “A” game to beat wrestlers from nations that aren’t traditionally strong in the sport.

For Deepak Punia (86 kg), it should not be a difficult task either, but he has to take care of his body, as he has often pulled out of competitions due to injuries.

In the women’s event, Anshu Malik also struggled with a few niggles, but she is talented enough that it will be a surprise if she doesn’t come back with a gold medal. Since she started competing on the senior circuit, Anshu’s transition has been remarkable.

Her technique, strength and most importantly her confidence were the keys to her rapid success. There is no doubt that she is the one for the future.

A silver medal in the World Championships last year raised her status immensely in Indian wrestling.

Divya Kakran (68kg) is another wrestler expected to dominate the CWG field, while Pooja Gehlot (50kg) and Pooja Sihag (76kg) will be competing in their respective weight categories.

For the record, India topped the Games with 12 medals including 5 gold in the 2018 Gold Coast edition. In 2014, the team finished second behind Canada.

(Disclaimer: This story is automatically generated from a syndicated feed; only the image and headline may have been repurposed by www.republicworld.com)