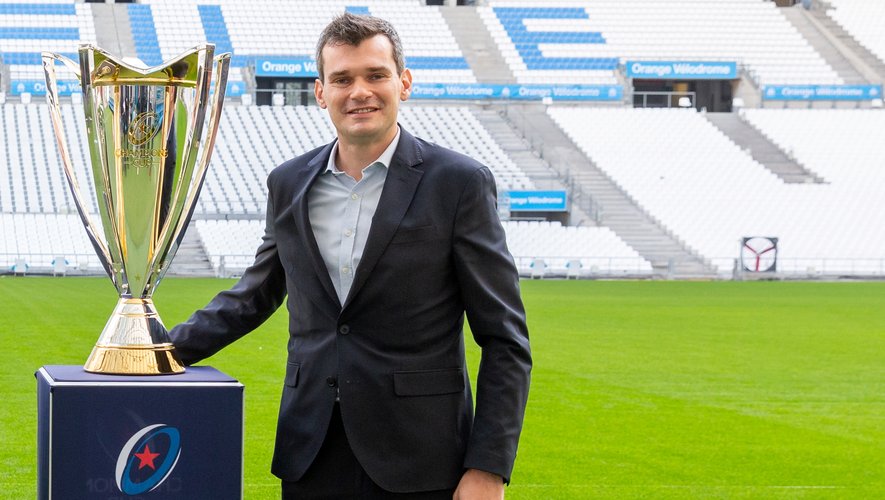 EUROPEAN CUP – EPCR Managing Director since December 2021 Anthony Lepage will admire the 2022 Champions and Challenge Cup final this weekend. For this event, the Frenchman is reviewing the organization and criteria for choosing the city where the final will take place. The future of European competition.

That’s why the final of the European Cup will take place in Marseille this weekend: well, it would be tempting to say!

It has a distinct taste, it’s true. Whether for Marseilles or for us, these two successive postponements have raised great expectations. We have been waiting for this moment for three years! Discussions with Marseille City Hall and the Orange Vélodrome began four years ago. Now we are all waiting for that.

According to the postponement, this destination has never been questioned?

No, and despite the political changes that may have taken place in the meantime, both in the town hall and on our side of the EPCR. That’s pretty remarkable. As for other events, we have seen that changes to the town hall have caused problems or called into question the organization. This has never been the case. Marseilles has always stuck to the course and fully supported the organization of these Champions Cup finals in their city. This should be underlined.

It is not so simple. Expecting 100,000 people at the weekend in a city that is already heavily visited by tourists involves a great deal of logistics and great organization: security, transporting fans by train or plane, hospitality and catering. We need a special space for our rugby village in the city center and all the facilities associated with it, more public transport … Nothing is simple, even if it has a strong positive impact, it is obvious. This is not insignificant for the image of the city and its impact; nor to its businesses and economy. Precipitation for this weekend is estimated at around € 40 million. Of course, cities also have something to gain. However, some municipalities are more cautious. This does not apply to Marseilles, which has been fully committed since the beginning of the debate.

What do you expect from this final weekend?

Everything looks wonderful, in perfect game conditions. The weather must be good, with more than 100,000 spectators expected in both games. We are not far from sold out for the champions’ cup final.

Very clear. In this format, with two finals in one stadium, we do not exceed 78,000 people. We are indeed heading for a historic attendance record. The atmosphere promises to be great.

However, I note that all the best clubs were present in the last straight. That the last stages have kept all their promises. As I heard, in our “pharmacy reviews” we may have been so wrong … (smile) Everything may not have been perfect, but we can still be proud of the result.

The final of 2023 will eventually take place in Dublin. Do you regret having to cancel their founding at a new stadium, Tottenham Hotspur Stadium in London?

Sorry, no. Calendars are very busy in both rugby and football, and we knew that such demands could limit us. Football is still a priority in the football stadium. That is logic. But we are still in touch about future expenses. The relationship is very good. Meanwhile, Dublin is nothing but Plan B, we only anticipated it for the season. It is a great place and promises a great party. We return to the stadium with 51,700 seats and rugby land, where we think we can fill up pretty quickly.

Is it a big challenge to explore new lands, new stadiums even in “old” Europe?

It is part of our strategic plan. We are trying to strike a balance, changing traditions and new territories. We had done it in Bilbao, then in Newcastle. Let’s look at the countries bordering our traditional rugby territory, which corresponds to a total of 6 nations. We are interested in Germany, the Netherlands or Belgium. There may be pools to explore. In addition, Italy is among the 6 countries, but has never hosted a European final. We look at it all.

What are the criteria outside the country?

Whether the stadium is nearby or in the city center. This is something that is important for both the atmosphere and the ecological aspect. It creates a crazy atmosphere throughout the city, a festive spirit that goes well with rugby. There is a quick connection between the stadium and the “rugby village” with its fan area. There are supporters everywhere between the two. It’s really great and it’s in line with our idea: for the whole city to benefit from the event and the party.

Enlargement also means the further integration of South Africa’s best provinces into the European Cups next year. Strange, isn’t it?

We will clarify the topic of the provinces of South Africa in the coming days.

The new format with 12 chickens, where not everyone meets, is already being criticized for lack of readability …

We find some good things there, but others more debatable. It is too early to draw conclusions. The first work will be done after the final. This conference topic and its readability is the one that receives the most attention, but we must not forget that we have just experienced another tense health year, with a wave of the omicron version in group tournaments.

Could this format evolve rapidly?

Everyone has retired by 2030. But that does not make us stand still. We will have step-by-step steps to improve and customize what you need. But you also need to see what works well or even very well. Society follows us, and our partners follow us and extend their commitments. These are important indicators of confidence and seriousness.

This new format is also an eighth final round trip. What seems attractive …

This created scenarios with zigzags. These two-way games changed cards in all aspects of strategy, coaching, physical and mental preparation of players. We discuss this with clubs, coaches and players and the feedback is very positive. It goes in the direction of what we want: spectacular rugby for fans.

What will change the upcoming club’s World Cup?

We discussed the difficulties involved in integrating South Africa into the Champions Cup, so imagine the challenge of creating a club for the World Cup! Indeed, we are discussing with our colleagues in the southern hemisphere. Everyone is around the table, it makes its way, everyone wants it to happen. But the logistics are very complicated. It is very early to talk about this.

Isn’t that primarily a southern need?

In Europe, too, we are too much left in our corner. We need to expand, open up, take an interest in others. It’s about time. Discussions are moving forward. It will be difficult to get to the global calendar and not just the clubs; also favorites. You need this balance, and everyone understands that. But I’m sure we’ll find a place for everyone.