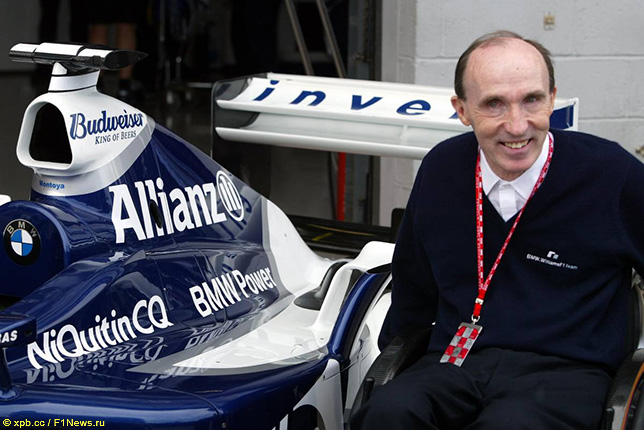 Sir Frank Williams would have lived to be 80 on 16 April, but died at the end of November last year, a huge loss not only for Formula 1 but for the whole world of motorsport.

On the founder’s 80th birthday, Williams quoted him as saying, “Honestly, I’ve always considered it a special privilege to work in Formula 1, to be among race cars, among racers … It’s just an amazing, amazing place.”

Sir Frank has been involved in motorsport for at least 55 years, returning to the mid-1960s when he founded Frank Williams Racing Cars. Not all of his projects were equally successful, but he was always characterized by determination, an iron will, and the ability to overcome difficulties even in situations that someone else would find hopeless.

The main thing is that the team that bears his name is still in Formula 1, even though it changed hands a few years ago. Fans hope to gradually overcome the protracted crisis that probably began almost twenty years ago, because even then Williams won the race less and less. Much has been said and described about the reasons, but no one will ever cancel the fact that Frank Williams won the Constructors’ Championship 9 times in the 1980s and 1990s and there were periods when they were considered almost invincible.

What this man has accomplished in his time will forever remain in the history of our beloved sport, and even if you have never been a Williams fan, you cannot realize the importance of this team’s founding character for Formula 1.

In conclusion, we can quote just a few words that the Williams team today accompanied the portrait of Sir Frank and published it on its social media pages: “The memory of our founder, Sir Frank Williams, on a day when he may have been 80 years old. The legend in our sport and its legacy will live on forever. “