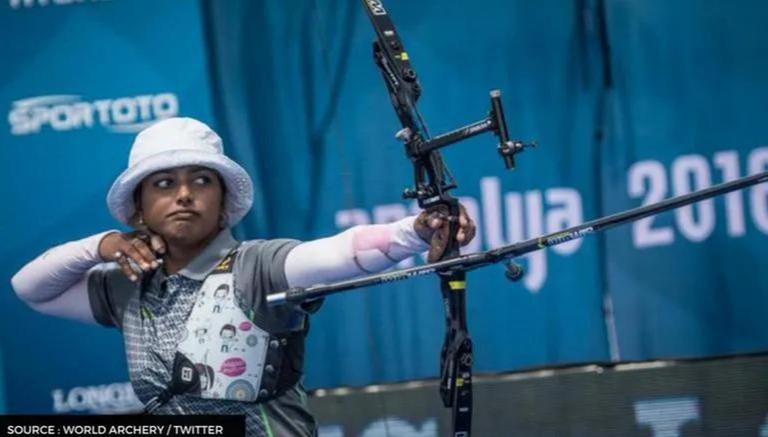 Indian star archer Deepika Kumari, who was relegated to the sidelines after the Tokyo Olympics, is ready to return to India in the upcoming 3rd stage of the World Cup, which begins here on Tuesday.

Exactly one year after winning individual gold here at the same tournament last year, the 28-year-old world number three will try to redeem after failing to win a medal at the Tokyo Games.

The fact that the Olympics are planned for two years in the same place will be another motivation for Deepik, who also won a silver medal from the World Cup final in 2013.

After Deepika returned empty-handed from her third campaign at the Olympics last year, she and her husband and country’s best archer, Atana Das, saw a drop in form and failed to make it to the Indian team.

The pair also failed to qualify for the team at the Asian Games, which were later postponed because the Indian Archery Association conducted a new test of the top eight archers for Stage 3 of the World Cup.

Previously, the same team had to compete in the 3rd stage of the World Cup and in the Asian Games, but after the postponement of Deepik and Pravin Jadhav, who were in the top-8 previously conducted rehearsals, they were given a new opportunity and prevailed.

However, Das missed out when he finished outside the top-8 in a previous test.

Deepika made a cut at the expense of Komalika Bari, while her Tokyo Olympic mixed team partner Jadhav pushed Sachin Gupta to complete the World Cup stage 3.

Deepika was last seen in action for India in the Yankton World Cup final in September 2021, where she finished fourth.

The silver medalist from the world championship, Jyothi Surekha Vennam, who failed to reach the Asian Cup earlier this year, also returned in the combined section.

The world number three Jyothi last competed at the Asian Championships in Dhaka in November last year, where they won individual gold. She returned in place of Raginee Makoo.

Sangampreet Bisla also returned and pushed out veteran Rajat Chauhan in the compound.