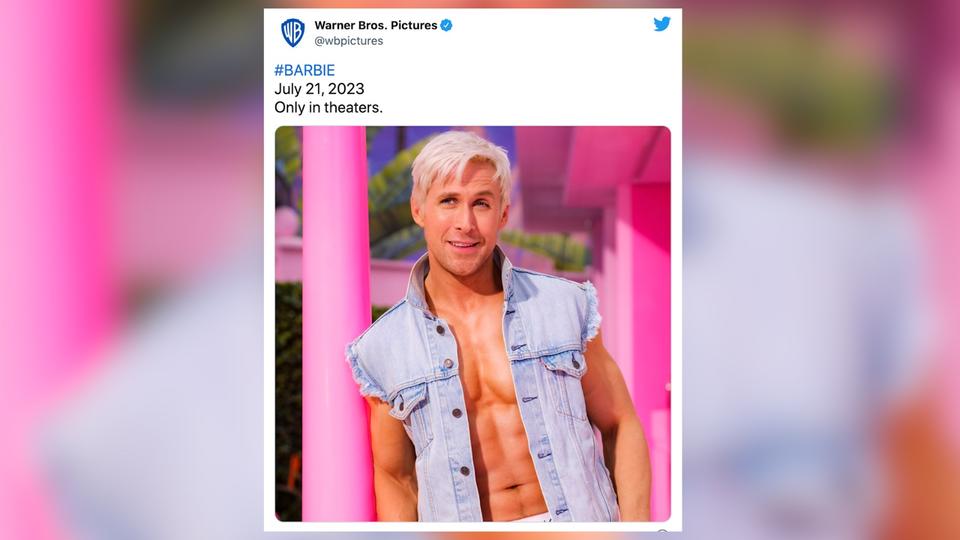 The feature film “Barbie” is revealed in a little more detail. Warner has shared a photo of Ryan Gosling as Ken for the first time. On July 19, 2023, the actor will play Margot Robbie in this theatrical film.

The art of staging. After introducing actress Margot Robbie in a Barbie dress in late April, Warner has just unveiled the first shot of Ryan Gosling in Ken’s skin. And the least we can say is that the 41-year-old actor does not go unnoticed dressed in a Barbie boyfriend costume.

Platinum blonde, denim jacket open on chiseled abs and boxers with the three letters of the name “Ken”.

This photo, as funny as it is surprising, follows Margot Robbie, who just over a month ago posed in her convertible in a pink car, this time revealing the contours of the famous Mattel doll character.

The rest of the production company is still keeping the plot of this feature film directed by Greta Gerwig under wraps. On the actor side, the duo Margot Robbie and Ryan Golsing will answer Issa Rae (Insecure) and Michael Cera (Superbad), Will Ferrell (Very Bad Dads), America Ferrara (Ugly Betty) or even Kate McKinnon (Saturday Night). directly).