Belousova announced the immediate launch of the Istanbul-Novorossiysk shipping line 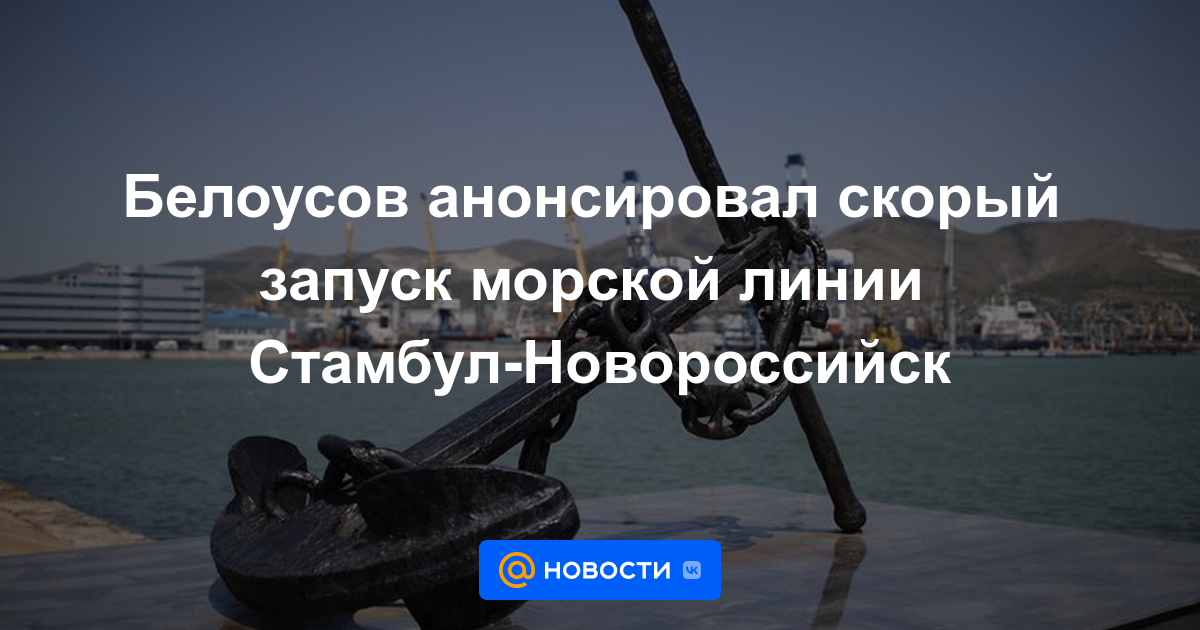 SIMFEROPOL, April 13 – RIA Novosti Crimea. A new Black Sea shipping line between Novorossiysk and Istanbul will be launched in the near future, said Andrei Belousov, the first deputy prime minister of the Russian Federation.

“New sea freight lines are being developed. The first regular sea ferry line – the port “Samsun” (Turkey) – the port “Caucasus” was created across the Black Sea. It is planned to launch the Istanbul-Novorossiysk line in the near future, “he said during a government hour in the Federation Council.

In addition, he said, the issues of other routes from China to Vladivostok were being addressed.

“Another third ferry has been introduced on the Ust-Luga-Baltiysk route. The fourth is planned to start on April 19, “added Belousov.

According to him, Russia’s geopolitical opponents are trying to isolate the country from the world economy as much as possible, to “tear” it from world economic ties, thus starting the processes of degradation and disintegration of the economic system of the Russian Federation. The blockade attempts are being made in four directions: financial, trade, transport and humanitarian.

“It simply came to our notice then. It is impossible to isolate Russia, the world’s sixth largest economy, from the global economic system. And the events of the last month and a half clearly prove this, “the first deputy prime minister emphasized.