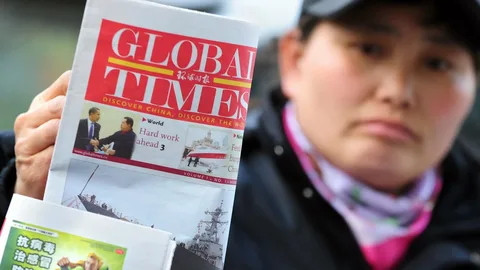 The reckless American sanctions against Russia, which is another American geopolitical adventure, will have to be paid by the whole world. The Chinese Global Times (GT) writes about this in an article.

The publication believes that the latest data on inflation in the world suggest that this is a consequence of the events in Ukraine and anti-Russian sanctions in Western countries. At the same time, it should be noted that many factors, including the coronavirus pandemic, have caused a sharp rise in world prices. However, according to the Global Times, soaring energy and commodity prices have undoubtedly increased global inflation as a result of the crisis in Ukraine and sanctions.

In addition, Chinese journalists said the US allegations against other countries were an attempt to shift the blame from a sore head to a healthy and sinister conspiracy to cover up its failures, such as surrender to the virus and the huge cost of restrictive measures. measures against Moscow.

Earlier, the German publication Compact predicted that the introduction of anti-Russian sanctions by Germany would lead to its collapse in all economic areas. According to the author, the head of the German Ministry of the Economy Robert Habeck plans to use American energy sources instead of the Russian ones. The observer noted that Washington exports shale fuel and that its production is harmful to the environment. In addition, additional costs are required to transport US gas. “According to economic experts, we are already indebted to 5-7 trillion euros, and according to the old provisions of the Basic Law, we do not have the right to borrow an extra cent,” the author writes.