Climate: The unfair pride of the French Lego government 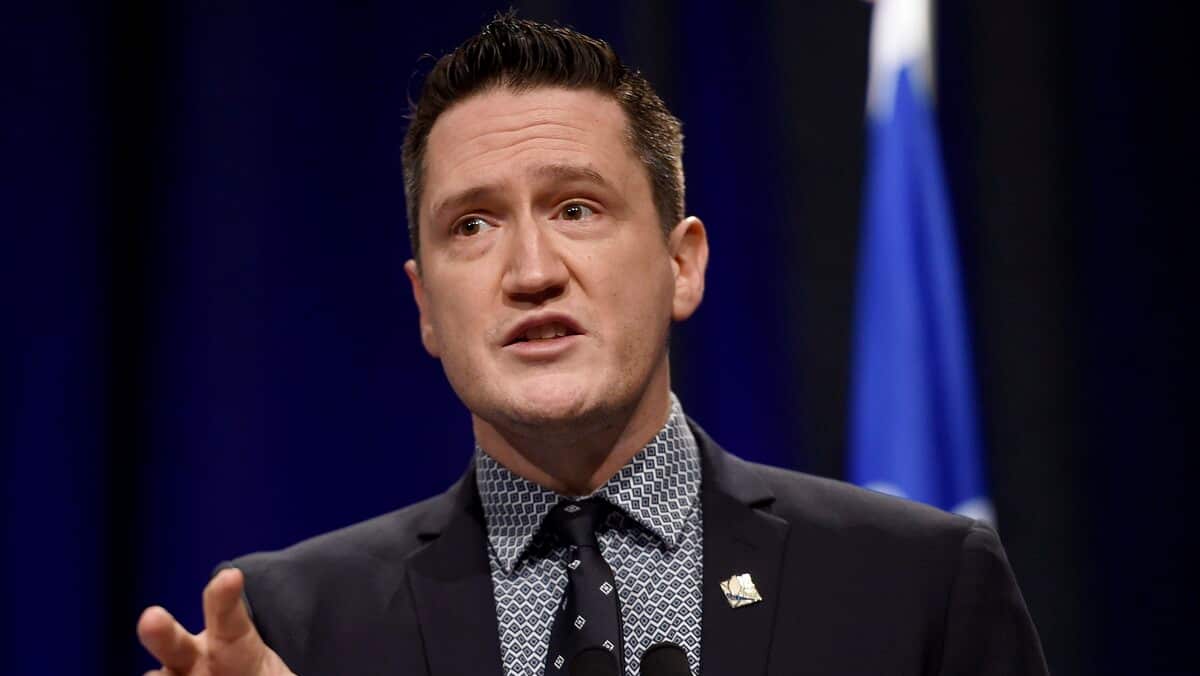 Compared to the states and provinces of North America – the climate dunces – the government not only justifies its inaction, but is also helping to curb climate action by noting that Quebec is doing very well in terms of climate and biodiversity. Mrs Marquis!

This week in an interview with PressOur Environment and Climate Change Minister Benue Sharet confirmed that even if Quebec reduced its greenhouse gas emissions, “it would not change much if the United States, China, Brazil and India did not change their approach.”

Let’s see more motivated “fight” leaders! François Lego recently stated: “If we look at GHG per capita, more than 60 states and provinces […]Quebec is the first. Can we be a little proud? ”

Benue Sharet also gave us the same speech during his visit to the show Everyone is talking about it. “We’re the best in North America,” he said in front of the shocked Lora Varidel, who added, “But we’re comparing ourselves to the worst!”

Listen to The Meeting of the Hour Abdelfadel-Valier Philip-Vincent Foise on live QUB radio every morning at 6:10 a.m.

First, note that the per capita carbon footprint of Canada and the United States is similar and one of the highest on the planet according to the latest calculation methods, which take into account the consumption of imported goods. Quebec’s carbon footprint is indeed lower than that of our immediate neighbors, and that is because of our renewable electricity, not because of ambitious programs to combat climate change.

And we are still one of the largest emitters of GHGs in the world: average annual emissions per capita in Quebec are twice as high as those of Europeans or Chinese, six times higher than in India and Brazil, and three times higher. than the global average. There is nothing to brag about!

[…] A recent report by the Intergovernmental Panel on Climate Change (IPCC) points to misinformation as a factor hindering the implementation of mitigation and adaptation measures in North America. “Despite the scientific consensus of experts, science on resilience to climate change is still available in North America.”

The IPCC also tells us that every ton of CO2 avoided records and that any warming less than a degree will save disasters, save lives and human tragedies. In this context, any statement that has the purpose or effect of limiting climate action is immoral and harmful.

[…] It is good to remind our elected officials that there is no economy without natural resources and that there is no point in endless economic growth on a planet with limited resources. Life depends on clean water, fertile land and clean air.

Let us inform, get involved, fight for the protection of life and the implementation of structuring measures in society. And above all, let us vote for the politicians who put the fight against climate change on their agenda. The health and well-being of our children must be the only priority.

Natalia Ensley, mother in front of my daughters, the boys of François Lego and the children of Benue Sharet

Cécile Roy, mother on the South Shore front for Oda, Leandr, Flavia and all the children of the earth

Anne-Marie Chapleau, on behalf of the sage group on the Sagena Front, and my granddaughters Daphne, Lily and Agate

Lora Varidela, mother on the Eastern Front, for Theodore, Alfa, Colina, Justine and all the world’s children

Clélia Sève, mother of the Montreal Front, to Louise, Millia and the living

Denise Clutier, mother of the Ruin-Noranda front to Emil and Charles and Salome and Emilia

Elza Moro, a mother on the Quebec City Front for Ophelia, Helelu and their future children

Marie-Hélène Cloutier, mother on the Laval front, Agathe and Raphaëlle

Louise Lacroe, mother on the Montreal front, to my unborn granddaughter and future generations

Dominique Forget, mother on the Sherbrooke front, for Alexis and Matisse

Maria Claude Bruget, mother of the municipality of Lesmulin, Etienne and Jerome

Carol Mainville, in front of her grandmother, to Clarence and all the children in the world

Marianne Pikara, mother on the South Coast of Montreal, Maria Liai Belaila and hundreds of students

Amelia Bousket, mother on the South Shore Front, to Clara and Dimitri

Clémence Roy-Darisse, mother of the Montreal Front, to all the children in the world

Brichita Hannekina, mother on the Quebec front, for Catherine, Gabriel and Geneva

Valérie Nault, on behalf of Emy, Éloi and Hubert

Joslin Alaria, mother on the East Townships front, for Annie, Eimerica and Didier

Mylène Roy, the mother of the Montreal Front, to all our children and the living

Caroline Létourneau, a mother on the Montreal front, to all the children on the planet

Carole Singher, mother on the Laval front, my sons Charles and Ugo Dions

Julia Metivier, a mother on the South Coast front, my daughters, my brother’s sons and my cousins

Silvia Cantina, in front of her grandmother, Jeremy and Eliana

Sophia Devost, mother of all Freligsburg children in the forefront of the East

Claire Morana, a mother on the Montreal Front, to my children and ALL children

Julia Calta, mother on the Montreal front, Leah and Thomas

Sophie Daunais-Ouimet, mother in front of Rosemary and its surroundings, Oliva and Paulina

Mireila Elshakara, mother on the Sherbrooke front, to Albert and Alexander

Jena Webb, mother in and around Rosemary, Emerik, Michael, Joakim and all the children

Karina Gijoma, mother on the Montreal front, for the Oscars and the living

Lise Larouche, mother on the Sagenae Front, to Thomas

Stéphanie Couture, mother on the Montreal Front, to Eduar and Kamila

Emily Roberta, mother on the Rouyn-Noranda front, Jeanne and Igo

Julia Cote, aunt of the Ruin-Noranda front, for Leila, Marley, Clovis and Leonia

Julie Trembley, mother in front of Simon and Edward, and the living