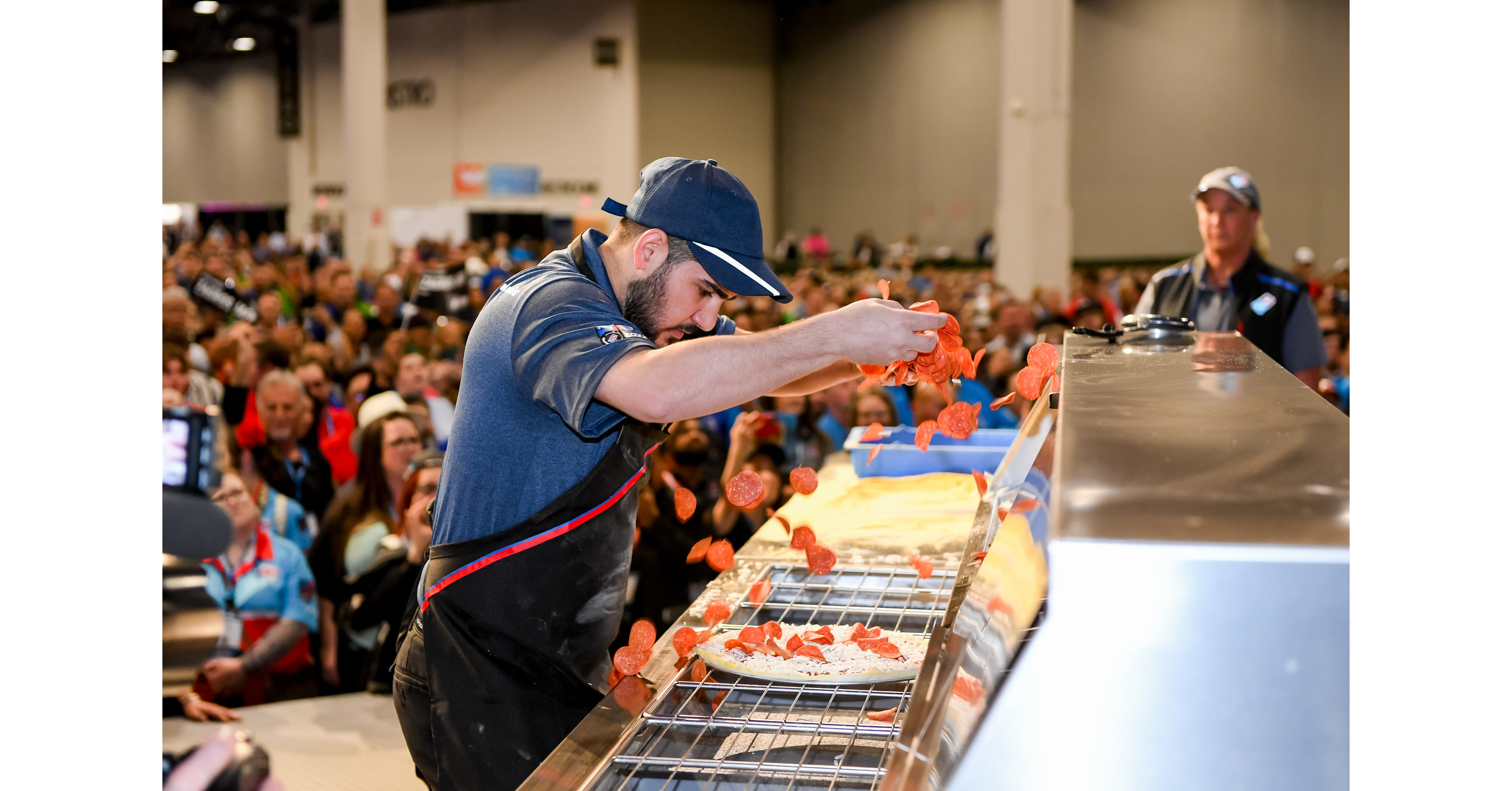 “I’m so excited to have won the world’s fastest pizza competition,” Jaff said. “I’ve been training for 12 years. This competition means everything to me. Fast and efficient pizza making is the heart of Domino’s business – I do it every day. I want to be the best and I love rivalry. It makes me work harder.”

Finalists of the world’s fastest pizza makers came to the competition from Domino’s stores around the world. They had to roll out the fresh dough by hand as quickly as possible and place the sauce and toppings on three large pizzas – one hot pepper, one mushroom and one cheese. Although speed was important, it wasn’t the only part of the equation in determining the world’s fastest pizza maker. This year, participants were evaluated according to three criteria: dough / sauce, portioning of toppings and distribution. The quality was under scrutiny as two judges, highly qualified for Domino’s standard pizza practice, checked the stretching of the dough, the application of the sauce and the portioning of the toppings during the competition. If the pizza was not perfect, the judges added time penalties to the contestant or the pizza was disqualified.

Domino’s launched the World’s Fastest Pizza Maker competition in 1982 to honor pizza makers who best exemplify the company’s philosophy of maintaining efficiency in the store to allow ample time for safe and timely pizza delivery.

“We couldn’t be happier to crown Jaffa the Domino’s fastest pizza maker in the world in 2022,” Weiner said. “Domino’s and its franchise owners employ some of the world’s largest pizza makers. Our focus is on pizza quality, while we use our expertise to make them fast. We are known as ‘delivery experts’ and our goal is for everyone in the store Domino is the safe and effective way to bring great-tasting hot pizzas to customers’ doors. The world’s fastest pizza maker competition recognizes champions who take pizza making to a whole different level. This speed level is absolutely amazing! “

Jaff started working for Domino’s in 2007 as a pizza maker. He is currently working for a franchise owner Wayne Benson.

Founded in 1960, Domino’s Pizza is the world’s largest pizza company with a major business in both pizza delivery and pizza delivery. It ranks among the world’s best public restaurant brands with a global company with more than 19,000 stores in more than 90 markets. Domino’s had almost worldwide retail sales $ 17.8 billion in 2021, with over $ 8.6 billion in the US and more $ 9.1 billion at the international level. In the first quarter of 2022, Domino’s achieved more than global retail sales $ 4.0 billionfrom above $ 1.9 billion in the US and almost $ 2.1 billion at the international level. Its system consists of independent franchise owners, who accounted for 98% of Domino’s stores at the end of the first quarter of 2022. The focus on technological innovation has helped Domino achieve more than half of all global retail sales in 2021 through digital channels. In the U.S., Domino’s generated more than 75% of U.S. retail sales through digital channels in 2021, and has developed several innovative ordering platforms, including those for Google Home, Facebook Messenger, Apple Watch, Amazon Echo, Twitter and others. In 2019, Domino’s announced a partnership with Nuro to further explore and test autonomous pizza delivery. In mid-2020, Domino’s introduced a new way to order contactless delivery across the country – through Domino’s Carside Delivery®which customers can choose when placing a prepaid online order.