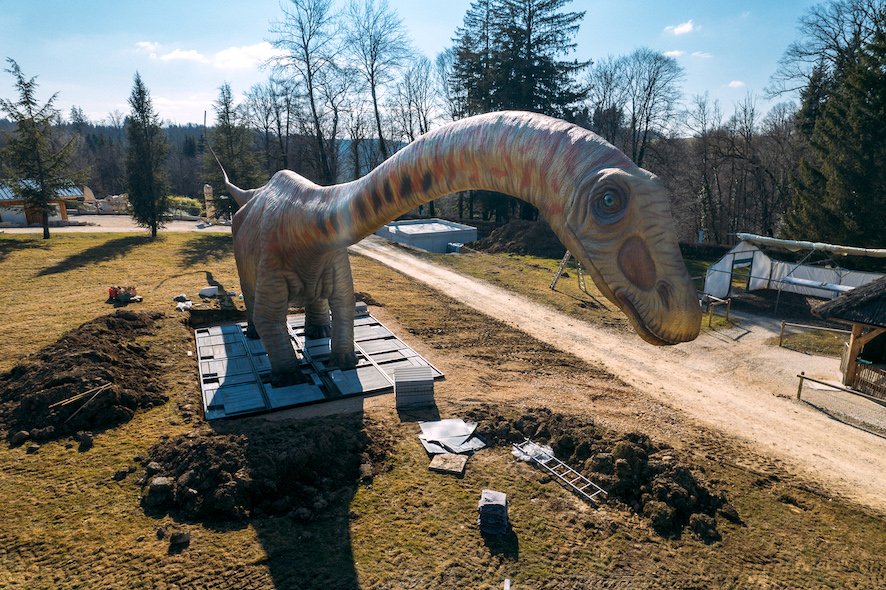 The Dinosaur and Prehistoric Amusement Park in Charbonnières-les-Sapins in the Doubs enthusiastically hosts “the largest copy of dinosaurs in France”, the 50-meter-long Seismosaurus.

The largest dinosaur that has ever walked on earth:

Dino-Zoo has been delighting families and novice adventurers for 30 years. The anniversary was celebrated with great fuss with the introduction of the all-new 50-meter-long dinosaur Seismosaurus.

The name of this exceptional herbivore means “one who shakes the earth.”

Located in the Jura Mountains, the Dino-Zoo has continued to evolve to become a benchmark among amusement parks that are visited by more than 120,000 visitors each year. Today, the Dino-Zoo is expanding with a new 200-meter track, complemented by 10 new highly realistic dinosaur sculptures that add to 80 existing reproductions.

Everyone’s eyes will be on Seismosaurus, an unprecedented and sensational 50-meter-long reptile, the largest copy of a dinosaur in France. XXL specimen, which will require 5 semi-trailers and 2 cranes for installation in the park heights. During the late Jurassic period, Seismosaurus is one of the largest land animals of all time. It could weigh up to 30 tons. Exciting and delighting, young and old!

No matter how passionate the visionary was, Guy Vauthier felt more than anyone else about the children’s fascination with dinosaurs. 1992 his Dino-Zoo Park was born to combine entertainment and education in the natural setting of the Jura Massif. In other words, a 2.5 km adventure trip with 80 dinosaurs of exceptional realism has been created in collaboration with scientists. Today, more than 120,000 visitors come every year to admire these XXL-sized reptiles and learn about their history. From April 2, the Dino-Zoo will have the largest copy of a dinosaur in France – the 50-meter-long Seismosaurus. Something to make the hearts of children and their parents beat faster … 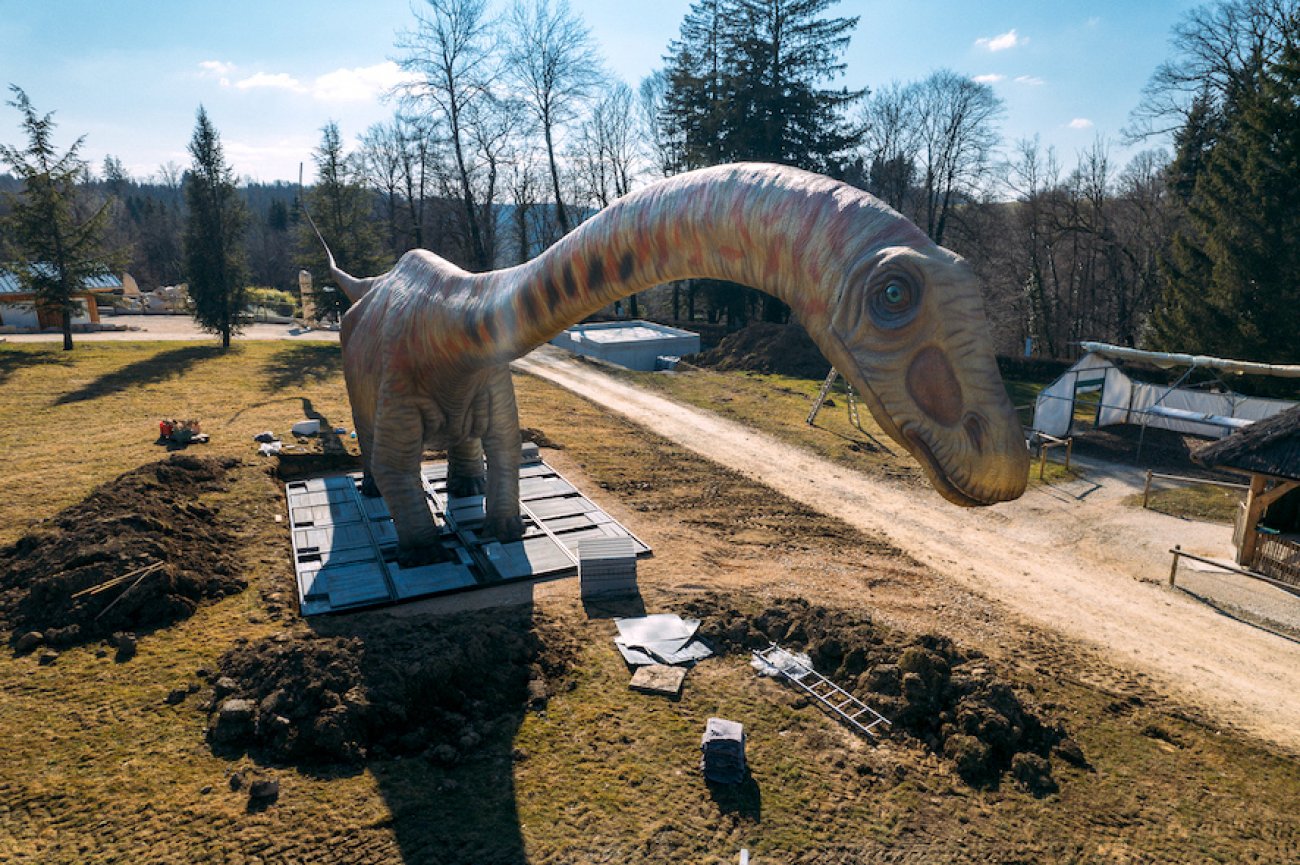