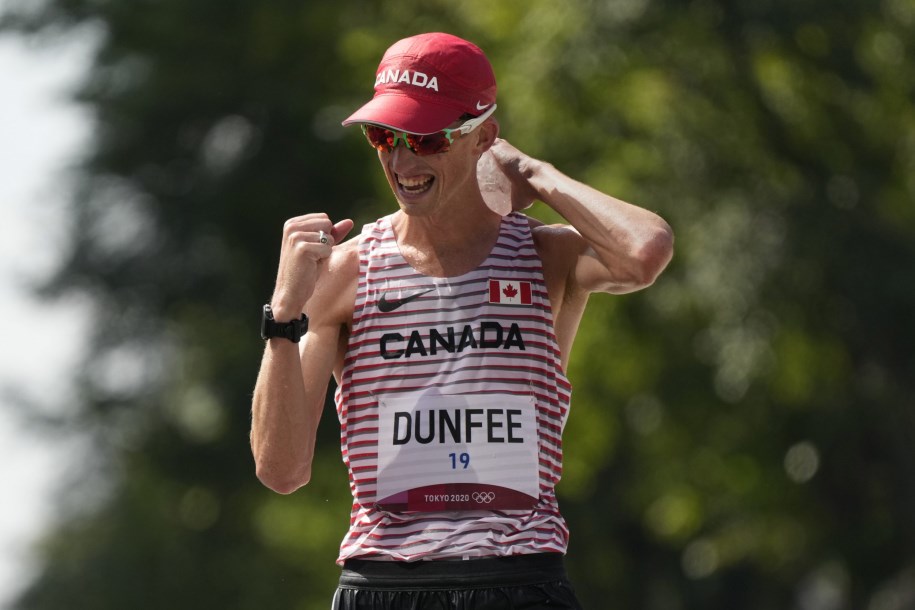 The athlete from Richmond placed sixth in the 35 kilometer race at the World Athletics Championships.

Dunfee maintained his 12th-place pace for most of the 35km event in Sunday’s competition, but moved up to finish sixth in 2hrs 25mins 2secs.

“I don’t know what more I could have done today.” I’m a 50k guy who races in a 20k guys race,” Dunfee said in a social media post.

Dunfee took home bronze from both the Tokyo Olympics and the 2019 World Championships in Doha.

Despite being excited about the upcoming and ongoing competitions, he told the Richmond News that it has not been an easy year for him since his bronze triumph at the Tokyo Olympics.

World Athletics and the International Olympic Committee canceled Dunfee’s signature 50km race for the 2024 Paris Olympics, leaving him to retune his training to the new distances for the competitions.

“It’s been a mental battle for me, finding motivation and … a lot of it has to do with coming to terms with the fact that 50,000 is no longer there and that was a big part of my identity,” Dunfee says.

Not only that, but Dunfee also had a physical setback as he re-injured the hamstring that recently pulled him out of an event in Spain, forcing him to return home early.

Dunfee will also head to the UK for the Commonwealth Games from July 28 to August 8, where she will compete in the 10,000m track event.

-with files from the Canadian press