EY is expected to post global revenue of $45.4 billion 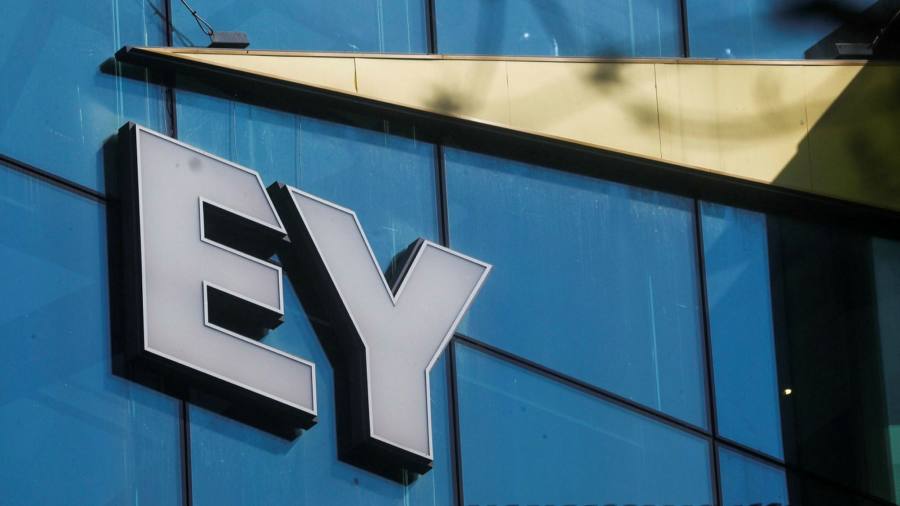 EY has told staff it expects to report record global revenue of $45.4 billion for its latest financial year, as attempts to win support from senior leaders to break up its audit and consulting businesses continue.

The Big Four accounting firm revealed the number at a call for its 312,000 employees worldwide, hosted by chairman and CEO Carmine Di Sibio.

The sales number is a 13.5 percent increase over the $40 billion in revenue reported by EY in the previous fiscal year, which ended in June 2021. Revenue rose 16.4 percent in local currency terms, the company said . EY usually reports its global revenue in September.

PwC boss Bob Moritz told the Financial Times this month that he expected his firm to report record revenue of about $50 billion in the 12 months to June 2022. The two companies do not disclose their global profits.

Staff were given little new information on Thursday’s call about the proposed EY breakup, according to people at the company. A divorce would be the biggest shakeup of the Big Four in two decades.

EY is considering a spin-off and a public listing of its consulting business, which offers consulting, transaction advisory and managed services to companies, in a bid to free it from conflicts of interest that restrict it from obtaining work with its audit clients.

The split would bring multimillion-dollar gains to thousands of partners if it were to go ahead, but it must first win the support of the firm’s global leadership before being voted on in every national member firm that makes up the EY network.

Di Sibio told the FT this month that he hoped to make a decision “within the next few weeks” on whether EY’s global leadership plans to proceed with country-by-country voting. But others at the company said the timeline for deciding whether to proceed appeared to be lagging.