Football: Even the sun has come to mark the 100th anniversary of SU Agen 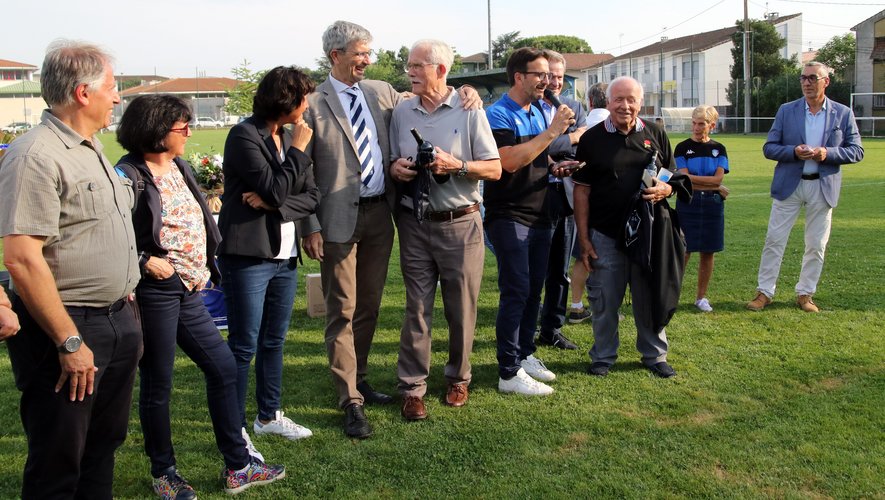 Yesterday, many generations of SUA Football players, leaders and volunteers met to blow out 100 club candles. Historic people were rewarded with emotions at the end of the day.

In the country of the oval ball, however, football is very much present. With 470 licensees, SUA Football is the largest club in the division. A figure that Jean Dionis failed to highlight. “You’re a great club. Agen needs three sports locomotives, rugby, football and basketball.”

Co-chairs Johan Jourdan and Sandrine Péquignot, as well as all SUA members, have been working for a long time to make this century a great holiday around the brand new premises. The weather warning alarmed the organizers for a while, but in the end the sun decided to join the party.

In the morning, the new players were honored with a football tournament. In the afternoon, their parents took over the ceremony against the EBBE neighbors (Boé-Bon-Encontre). The match gathered old acquaintances around the railings and grandstands. “I was on the 1984 team.” “It is always the same, children must be taught that the best passes are those that have not jumped” … Memories of the feats of weapons, the news of the team members of that time. This centenary was an opportunity to bring together the teams and players who made the golden years of SUA Football up to CFA 2 (now National 3).

Agenais was also well inspired to win this first Christian Alexander trophy (a figure of a two-club football school). The beautiful overall image at the end of the match was a strong image between the two competing agglomeration clubs. Indeed, yesterday everyone smiled and rejoiced that they shared around the round ball and, of course, the history of SUA.

In the applause, Maria Zuila mostly won. She has been a model AUS volunteer for so many years. The final word for Serge Lafon, another symbolic figure who gave his name to a synthetic pitch. “It is a great pleasure to see you all in this stadium. Thank you to Sandrin and Johan for this initiative and to all of you for celebrating the 100th anniversary of this club, which is so dear to me.”

The festival continues today with veteran and recreational matches. Before the last festive meal at noon.