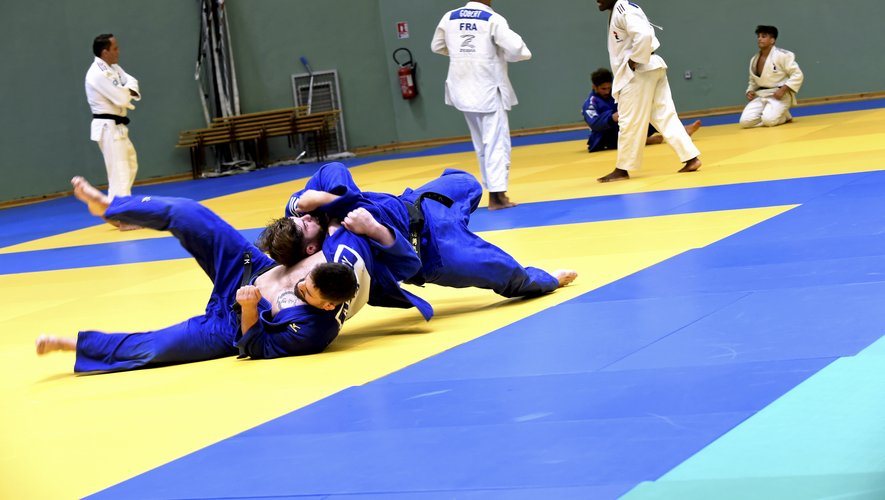 The French men’s team completed a five-day course at Creps in Montpellier from August 1-5. With ambitious young people, but without the locomotive Teddy Riner.

French judokas’ route to Paris goes through Tashkent (where the world championships will be held from October 6-13) before making a detour through Montpellier. At Creps more precisely. Without their holy monster, Teddy Riener, the French men’s national team has put its judokas on the Hero tatami. A full team aiming for the next two Olympics (Paris 2024, Los Angeles 2028). “We are in a conquering state of mindBlues coach Christophe Galliano, appointed in January 2021, slips. With a mixed team between experienced people and very young people coming out of juniors. We chose this slightly latent option because at the Olympics we try new things. Here we have chosen to take this logic of youth and audacity to the next level. »

So one of the main providers of Olympic medals is beginning a transformation, which has been slightly accelerated by the delay of the Tokyo Games (from 2020 to 2021). “It worked because there is usually a detection phase and a selection phase. We were clearly obliged to reduce these observation times and to choose strategy options because there was only a short year to observe these athletes », analyzed by Christophe Galliano. In Tokyo, the French team focused on their incumbents, backing away from the takeover a bit. “There may be training work that has not been done before, Galliano agrees. In September, it was not easy to assess who could be in this project. We dared to do certain things. We had some confirmations. It slightly shortened the construction time, but the fact that you have to drive faster will probably breathe new life into the team. »

Therefore, the French judo team has resolutely chosen young people in two years after the meeting, which thrills all French athletes. “We have long been cautious about the choice of athletes, their age. When you see quality and talent, you shouldn’t hesitate to get involved.”accepts the French coach. “But our competitors do, they don’t hesitate. »

This is the case of Romain Valadier-Picard (-60 kg), who left the Montpellier camp to compete in the Junior World Championships in Ecuador, where he hopes to regain the title. Or Maxime Gael Ngajap-Hambu (-90kg), who is aiming straight for world and Olympic gold.

True, the road to Paris is without Teddy Riner, at least the presence of the three-time Olympic champion in tricolor rallies is quite rare. “We have the greatest champion of all time, the Frenchman, who is trying this challenge in Paris to win the title. It’s a great project for him, it’s a shame that it’s not a project with the French team, regrets Christophe Galliano. Teddy is the tree that hides the forest, but the forest is dynamic. »

Absence and true regret for the tricolor technician “It always feels like there’s only Teddy in judo. It helps a lot in French judo, but it also exists without it. Our task is to support these young people. I’m sorry the two don’t intersect, or very little. Teddy is an example of a group, a dynamic that we don’t really benefit from. As a team leader, I would like to be able to rely on him, on his charisma, so that the team can draw inspiration from him. »

This does not prevent the “Blues” from thinking about the near and distant future with some optimism. “We have several athletes who cheer up the whole team. The Paris project excites everyone. We work on it, but we don’t think about it. We do not allow ourselves to be eaten by stakes. We are moving forward and building this logic for 2024-2028. year. We have to start all over again to find this French judo that is renewed from Olympics to Olympics. » World Tashkent will be an indicator of the progress of the project.

The arrival of the French maculin judo team in Creps is no coincidence. The Montpellier site will be its rear base to prepare for the Paris 2024 Games. Thus, the Occitanie region has supported 57 sites that have been marked as a center for the preparation of the games.
Since 2016, the owner of Creps Montpellier-Font Romeu and Toulouse has invested 78 million euros to modernize these venues to host high-level athletes in the best conditions.