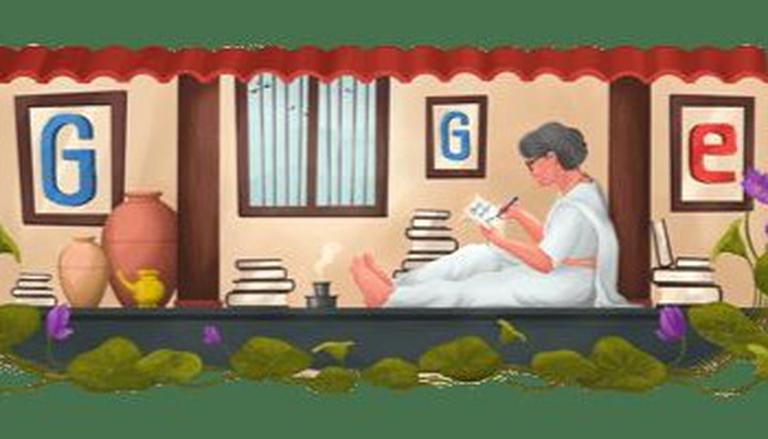 Nalapat Balamani Amma was a noted Indian poet who wrote a vast collection of poems mostly in Malayalam. She has even received numerous honors and awards including Padma Bhushan, Saraswati Samman, Sahitya Akademi Award and Ezhuthachan Award. As the nation remembers the late poet on her 113th birth anniversary, even Google paid her a heartfelt tribute. See how the whole world remembers Balamani Am through Google Doodle.

Recently, Google paid a heartfelt tribute to renowned Indian poet Balamani Am by creating a doodle at the top of the search bar that shows the late poet wearing a white saree and writing poetry while sitting on her veranda. Take a look.

Balamani Amma was born in 1909. July 19 Nalapate. She got her inspiration to become a poet from her uncle’s book collection. At the age of 19, she married VM Nair, the managing director and managing editor of a well-known Malayalam newspaper. She died in 2004. on September 29, when she was diagnosed with Alzheimer’s disease. Some of her notable works were Kudumbini, Dharmamargathil, Sthree Hridayam, Oonjalinmel, Kalikkotta, Avar Paadunnu, Mazhuvinte Katha, Pranamam, Ambalathilekku, Amruthamgamaya and many more.

Since Google often honors famous artists from around the world with its logos, it recently dedicated them to German physicist and music composer Oska Sala. The musical pioneer is best known for his masterful art and composition of Alfred Hitchcock’s The Bird, in which he used his synthesizer to create eerie bird sounds. Recognized for creating sound effects with a musical instrument called the mix-traunium, Sala electrified the world of television, radio and film.