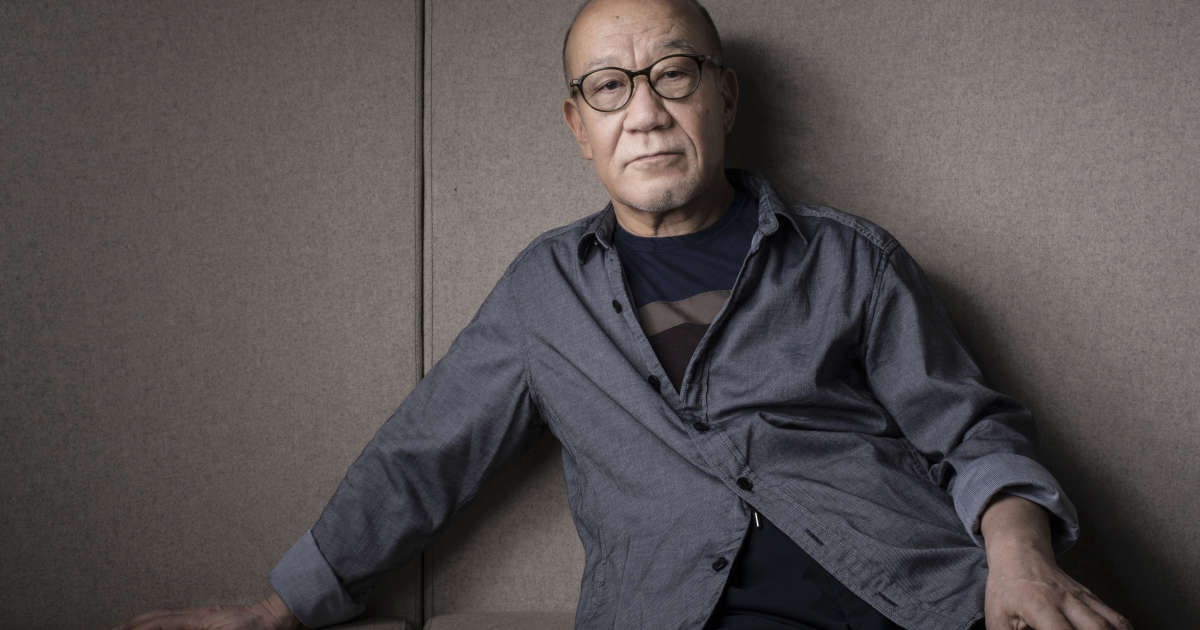 The Japanese composer, who adores the soundtrack of Studio Ghibli, will complete a victorious tour of France at the Paris Philharmonic, and the weekend will be dedicated to his work in cinema and beyond. Interview with the master.

Joe Hisaishi combines his life as a composer with the present. Sometimes a little future when he talks about his projects, but never about the past. “What is done written for me does not interest me, he assures. I never listen to the notes I wrote for cinema again. » Hayao Miyazaki’s musical alter ego, for which he signed all of the film’s tracks Nausicaä Wind Valley, 1984 the maestro was also accompanied by Takeshi Kitano for a long time (Sonatina, Kukijiro Summer, Hana-bi, Scene at Sea …) and many other Japanese or Western directors.

In all, more than eighty scores, hundreds of themes, many of which have become standards and even anthems for generations who grew up sipping Studio Ghibli movies. Hisaishi, a follower of Unfinished Work and a patented workaholic, is constantly updating his compositions for cinema. Above all, he adores turning this fragmentary music into symphonic suites, giving it rhythm, meaning and harmony. See the program created for this French mini-tour, which began on Wednesday with the Strasbourg Philharmonic Orchestra in the European Capital and ends with three concerts at the Philharmonic on Fridays, Saturdays and Sundays in a hall he especially appreciates and doesn’t yet have. returned for more than three years. As in Strasbourg, the concerts sold out, the tickets were sold out in a few days more than six months ago!

Happy viewers will discover an incredibly new version of the pizzicato theme Ponyo on the cliff, as well as an impressive version of the symphony suite adapted from Princess Mononoke. Concentrate lumps and deep emotions to the skin for over thirty minutes. Before these juicy cinematic prayers, the French premiere of his second symphony is a work that combines minimalist melodies, percussion and great orchestral movements.

Why mix your own music for cinema and original compositions in the same program?
I don’t have any favorite kids. These two aspects of my work are equally important to me. When I write personal works, after a while I miss working with directors – communicating around a common project – and vice versa. I find a balance in these round trips. I developed my third activity: I conducted classical works, especially with the New Japan Philharmonic Orchestra, composed by Seiji Ozawa, and other symphonic ensembles. I’ve been in the lead for the past few months Fantastic symphony, Berlioz, Prokofiev’s seventh, as well as his double piano concert paintings in the exhibition, Mussorgsky and so on! I get a lot of requests, especially from the United States, but the day-to-day management of these three activities, taking into account the demands of each of them, takes up all my time and energy.

Never say no?
When you call someone, it’s because you trust them. I really appreciate these signs of recognition. Unless these offers are completely foreign, I definitely accept them all.

Do you have time to write for cinema?
Yes, of course, but it’s more complicated than before. The world of cinema is changing so much today. I want to write scores based on symphonic models, but that becomes almost impossible. In contrast, studios and directors want highly cut, highly functional soundtracks. I am best adapted to these new constraints.

You rework your works a lot, often presenting them in new formats, with new orchestrations. Are you forever dissatisfied?
Music, works should never be frozen or they are dead. For the concert to sound, the music I wrote for the cinema needs to be adapted, and I really like that. So the ten or eleven scores I created for Hayao Miyazaki’s films became symphonic suites. These are not just collections of themes, but also sequential pieces created over time to play in front of an audience. Prokofiev and Schoenberg, who also wrote for cinema, did the same. Tchaikovsky did a lot of great entertainment for the ballet, which was a bit like a movie before the letter, then rewrote the music to play it in concert. It is also common for the first time certain works are performed in public, new ideas come up for arrangements for future concerts and recordings.

Concert version Princess Mononoke is particularly pronounced. Do you remember the circumstances under which you created it at the time?
In fact, not very good. This was my sixth collaboration with Hayao Miyazaki. Thanks to him, I started making film music in 1984. He was looking for a composer for his second film, Nausicaa. Isao Takahata [1935-2018, réalisateur et cofondateur du Studio Ghibli, ndlr] recommended me, I tried it, he chose me and the movie was as successful as you know. Because of Princess Mononoke, Like all of his other films, I first created an “album of images,” music that would give the film its atmosphere and inspire its team. To do this, he gives me instructions, short texts, sometimes poems. Then, after many months, as the plot progresses, we hold working meetings in which he expresses more specific wishes for the sequences, and then I create new music that will become the film’s score. Because of Mononoke, He gave me books to read so I could immerse myself in the atmosphere and beliefs of medieval Japan that directed my musical choices to traditional instruments and sounds.

Many viewers come to your concerts to experience and share the emotions they experienced while watching Miyazaki movies. How would you explain this long-term success?
Hayao Miyazaki’s films are mostly fantastic stories Nausicaa Where Princess Mononoke, but there are always key themes that reveal social and political issues. And obviously always resonates with what’s going on in today’s world. All of his films have beauty, emotions, poetry, but also a more serious background. That’s why his work is so impressive and important.

Where do you work with him?
I’m going to make music for his next film, it’s official, but since the project dragged on during the pandemic, I can’t say more.

Your route is unique: you have moved from minimalist music to compositions for cinema and today you are conducting works from the repertoire! How do you rate your career?
I have always walked the same path, there is unity in what I do. When I make a concert, be sure to combine works such as Gustav Mahler’s First Symphony with my own work or with works by Philip Glass and John Adams. I especially appreciate the intricate rhythms and pulsations of these contemporary works, as they allow for a different view of the classical repertoire. Playing in this way, Mahler’s first symphony acquires other colors, sounds different, reveals other aspects. It’s a path that fascinates me and I’ve been exploring for years.

This does not have to be obvious to symphony ensembles!
Yes, everyone is confused (laughs) ! Especially since I also change the usual arrangement of the musicians and often expand the wind, double bass and of course percussion numbers. In traditional formations, there is too much distance between the conductor and the percussion, at least fifteen meters! We lose something, it’s hard to really be together. Modern bands such as the London Symphony Orchestra and the Los Angeles Philharmonic have abolished this. In these orchestras, everyone feels the same pulsations, all musicians are crossed by the same rhythm. In my eyes, the future of classical music lies there.

Joe Hisaishi, a fellow human and orchestra in Miyazaki’s films

Listen
Hisaishi Symphony, At the Paris Philharmonic. With the Strasbourg Philharmonic Orchestra. May 5, 6 and 7 (all concerts).

Meeting with Joe HisaishiSaturday, May 7, 7 p.m. At the Philharmonic.