How to watch pre-season friendlies in India, UK, USA and Asia? 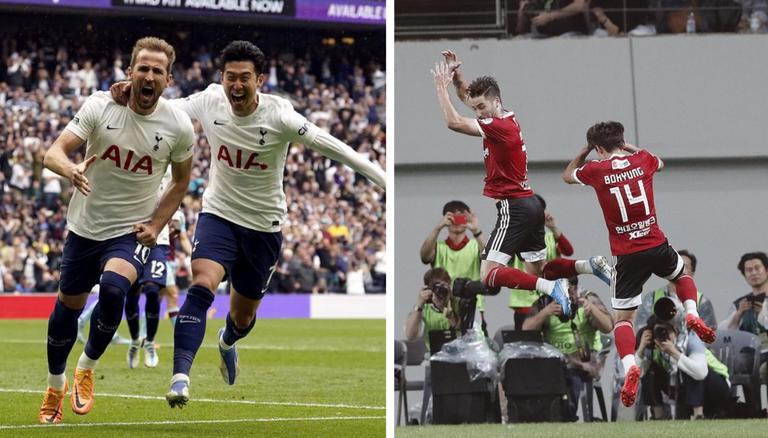 Premier League giants Tottenham Hotspur officially kick off their pre-season friendly schedule on Wednesday with the first friendly against Team K League at the World Cup Stadium in Seoul. Spurs will face Sevilla, Rangers and AS Roma during July in preparation for the 2022-23 season. Meanwhile, Tottenham head coach Antonio Conte got into the game after undergoing some brutal training ahead of the game.

2021-22 Golden Boot winner Heung-min Son welcomed his teammates at the airport on Sunday while the team had their first training session later in the day. Son was seen collapsing on the floor after Conte’s intense training session, which also resulted in Harry Kane throwing up. They will now face a K-League XI made up of a large proportion of South Korea’s national team payers along with a few representatives from the Netherlands and Brazil.

Tottenham’s recent signing Clement Lenglet was unable to get a visa to travel with the team to Seoul. However, Richarlison, Yves Bissouma, Fraser Forster, Ivan Perisic and Pape Sarr are still represented. Joe Rodon will miss the game due to illness, while Sergio Reguilon, Harry Winks, Tanguy Ndombele and Giovani Lo Celso did not travel with the team. Kane, Son and Hugo Lloris will star for Tottenham in the match along with other top players.

How to watch Tottenham Hotspur vs K-League XI in India

Unfortunately for football fans, the match will not be televised. Spurs fans can watch the match on SPURSPLAY at 4:30 PM IST.

How to watch Tottenham Hotspur vs K-League XI in UK?

The Tottenham vs K-League XI pre-season friendly will be streamed exclusively live on Tottenham’s platform, SPURSPLAY. The match will start at 12:00 BST.

How to watch Tottenham Hotspur vs K-League XI in Asia

The pre-season friendly between Tottenham and K-League XI will start at 20:00 KST (Korea). Fans can watch the match on K League TV.

How to watch Tottenham Hotspur vs K-League XI vs USA?

Unfortunately, the match will not be televised. However, fans can enjoy live coverage of Tottenham vs K-League XI pre-season friendly on Tottenham’s exclusive live streaming and video-on-demand platform, SPURSPLAY. The match is scheduled to start at 07:00 ET in the US. South American fans can watch the match on Star+ and it starts from 9:00.

Spurs vs AS Roma – Saturday 30 July