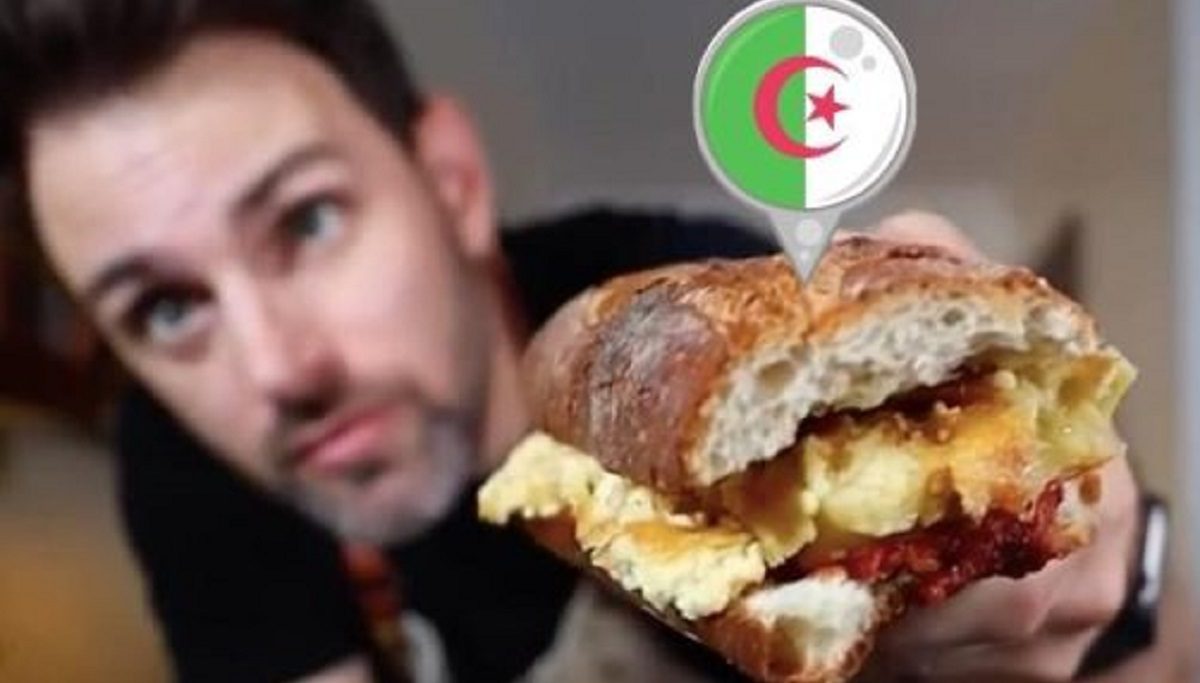 The boom in social media in Algeria has led to a number of successful YouTube channels and Instagram accounts dedicated to local food. As a result, Algerian cuisine is gradually becoming known around the world.

Indeed, many foreigners are interested in Algerian cuisine and are captivated by its special taste. The latest example is American food videographer Jamie Tracy…

Although he is not a professional chef, Jamie Tracy is really passionate about cooking. He explores the world’s culinary heritage on his YouTube channel (ANTI-CHEF) and on his Instagram account (antichefjamie). And of all the cuisines in the world, American youtubera attracted the attention of one, Algerian cuisine.

Jamie has currently tried three symbolic Algerian culinary heritage dishes, traditional chorba friksfamous poor food, quarantine and the inevitable crepe Mhadjeb. In the video where he tries out the recipe for this last specialty, we see how youtubers eat mahjouba one after another without stopping!

To combine business with pleasure, all three videos dedicated to Algerian food are included in the top ten most popular videos on Jamie Tracy’s channel. M’hadjeb’s recipe has been viewed more than 200,000 times in total and is available 2 timese position; quarantine reaches almost 100,000 views and reaches 4e position; with more than 80,000 views, video chorba frik ranks 7the place in the top 10.

Rejoicing at the enthusiasm for Algerian food, Jamie Tracy does not want to stop there. In the following videos, he promises to try new recipes.

The success of Algerian culinary art is not limited to YouTube and social networks. It is even beginning to be recognized by excellent international references. Indeed, according to the specialized website TasteAtlas, Algerian cuisine comes in 26th.e the best kitchen place in the world.

To create the Tasteatlas Awards 2021 for the best cuisine in the world, the site has identified more than 100,000 ratings for all the dishes and foods tested. Algerian cuisine received a rating of 4.26 / 5. And the best traditional Algerian dishes are: rechta, chorba frik and chakhchoukha.

So with this 26e Algeria ranks first in the Arab and Maghreb countries in the Taste Atlas ranking.