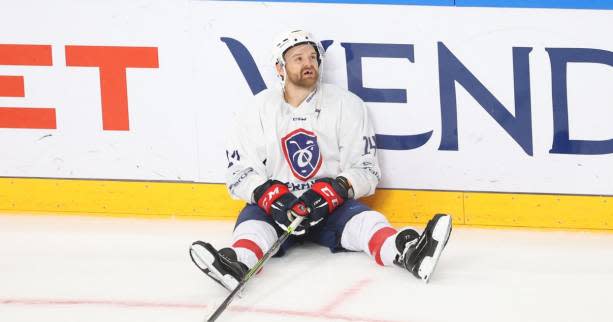 Stéphane Da Costa, the striker of the French team, has to give up the future World Cup in May due to ” chronic sports pain “, In his own words. Stéphane Da Costa (32), forward of the Russian club Yekaterinburg (KHL), will not participate in the next world championship (May 13-29 in Finland) with the French team. Former Ottawa Senators NHL Player (2011-2014) causes chronic sports pain for a year, according to a report posted on his Instagram account on Sunday. But he didn’t do it « has no right to say place (about his injury) », he says. Da Costa is currently being treated in Germany for three months. He has scored 30 points (14 goals, 16 assists) in 40 games this season. France back among the elite After the exclusion of Russia and Belarus from all competitions organized by the International Federation (IIHF) as a result of the invasion of Ukraine, the French team was drafted among the elite of world hockey (as well as Austria). In the group stage, the Blues will meet in turn, Slovakia, Kazakhstan, Germany, Italy, Denmark, Switzerland and finally Canada. The first four of the group will advance to the quarterfinals. read also All the latest ice hockey news