In India, the WHO is discussing ways to integrate and regulate traditional medicine with technology 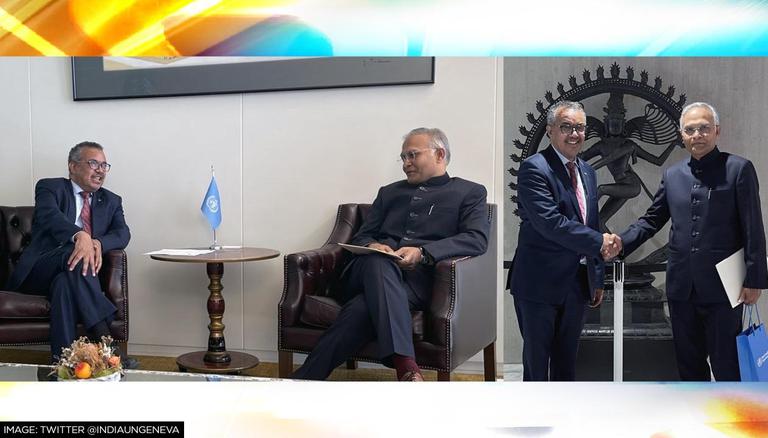 Sanjay Verma, Secretary of the (Western) Ministry of Foreign Affairs, met with Tedros Adhanom Ghebreyesus, Director-General of the World Health Organization, on Monday and held a “pleasant, fruitful discussion” on strengthening India-WHO relations. On Twitter, India’s Permanent Representation in Geneva said they spoke about strengthening India-WHO ties and working together for global health and well-being, which consists of traditional medicine and digital health.

The Permanent Mission of India to the UN in Geneva said on Twitter:

The goal of GCTM is to integrate traditional medicines with technology

According to the ANI report, this is a one-off effort to build long-term relationships, increase exports and maintain a healthy ecology. The purpose of the GCTM is to integrate traditional medicines with technological advances, to set regulations and standards, and to help implement WHO policies.

In addition, a global Aushi Investment and Innovation Summit was also held in Gandhinagar to increase investment and present advances in traditional medicine.

The WHO estimates that 80% of the world’s population uses traditional medicine. According to the WHO, traditional medicine is a set of ‘knowledge, skills and practices’ used by indigenous and diverse cultures to maintain health and prevent, diagnose and treat physical and mental illness over time. Its scope includes both traditional and modern medicine, including acupuncture, Ayurvedic medicine, and herbal blends.

India has pledged funding for GCTM development, infrastructure and operations from some € 250 million.

In India, meanwhile, traditional medicine is often defined as activities and therapies such as yoga, Ayurveda and Siddha. These medicines and practices have long been part of Indian culture, as have others, such as homoopathy, which have only recently become part of India’s heritage, ANI reported.

UNDP commends India’s achievements in the fight against COVID-19

In addition, Union Minister for Health and Family Welfare Mansukh Mandaviya met with Kanni Wignaraja, Assistant Secretary-General of the United Nations and Director of the United Nations Development Program (UNDP) Asia-Pacific, on Monday. According to a Twitter post by the Indian Minister of Health, UNDP praised India’s achievements in combating COVID-19 using modern technology and techniques. The conference was also attended by UNDP India official Shoko Noda. Mandaviya, meanwhile, said she talked about how to improve digital interventions to make health care more accessible to all.