In Stavropol, the basketball team “Southern Elephant – NCFU” fought their way to the eighth finals of the “Belov League” 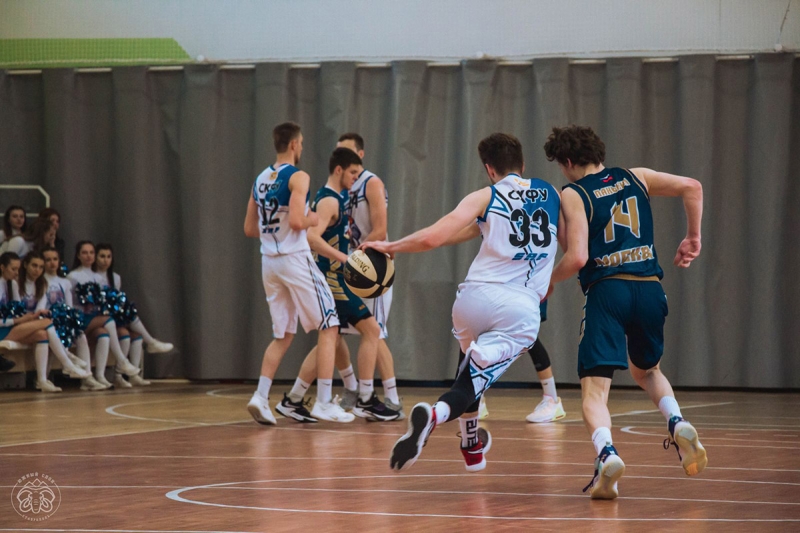 Based on the North Caucasus Federal University, the play-off of the Belarusian “League League” was held in basketball among the men’s teams of the season 2021-2022.

The university acted not only as a participant, but also as a co-organizer of the tournament. Belovská liga is a All-Russian Championship Championship of the Student Basketball Association. A total of 32 men’s and 32 women’s teams are taking part in the competition this year.

The last-16 took place on the premises of the North Caucasus Federal University, where men’s teams from Moscow, the Moscow region, Krasnodar and Stavropol fought for the victory.

The battle for the ticket to Last-8 took place in full swing, and the stands, which did not stop for even a minute, are a living confirmation of that. Our guys showed maximum perseverance and showed excellent results.

“Yes, not all goals were met, but thanks to our team and individual ambitions to win, we managed to achieve the result we all expected,” said Sergey Vartanyan, BC Southern Elephant Coach – NCFU.

As the NCFU athletes themselves note, winning is always a pleasure, especially with a good difference and an equally good opponent.

“Southern Elephant – NCFU” will soon be fighting for victory in the next phase. The last 8 matches will take place in Stavropol and Yekaterinburg. The boys will have to work hard to confirm their winner status and advance to Last-4.

Recall that the student sports club of the North Caucasian Federal University “Southern Elephant” is traditionally the organizer of various sports competitions, which take place on the basis of university, city and region. And NCFU athletes regularly perform well in sports.