IN THE PICTURES Huge fire at a refinery in Saudi Arabia 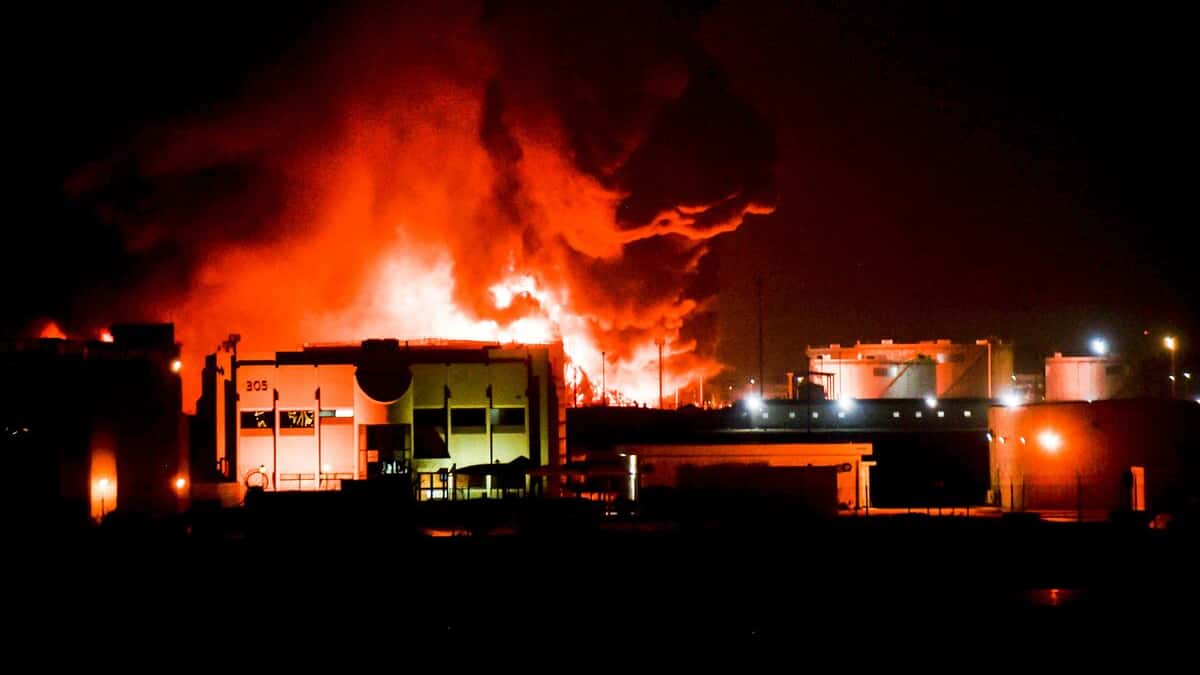 Yemeni Houthi rebels claimed responsibility in a statement Friday for a series of attacks in Saudi Arabia, one of which caused a huge fire at an oil plant owned by oil giant Aramco in Jeddah.

These attacks take place on the eve of the seventh anniversary of the intervention of a military coalition led by Riyadh in Yemen to fight Houthi rebels near Iran.

The Kingdom of Saudi Arabia, the world’s largest exporter of crude oil, on Monday warned of the risk of declining oil production following several attacks by drones and missiles taken over by the Houthis.

One of them targeted the Aramco refinery in the industrial city of Yanbu on the Red Sea, about 100 kilometers north of Jeddah.

A huge circle of black smoke rose from the city of Jeddah on Friday afternoon, according to an AFP reporter.

The fire was “under control and did not cause any casualties,” the coalition said in a statement early in the evening that it “will not affect activities in the city of Jeddah”, with special reference to the nearby Formula 1 circuit.

The target of the attack was Aramco’s “oil tankers,” according to the same source.

In a statement, the Houthis said they had carried out a total of 16 attacks.

The attacks came as oil prices rose sharply since Russia invaded Ukraine on February 24, and world supplies were disrupted as Russia was hit by Western sanctions.

Saudi Arabia will not take responsibility for any shortage of oil supplies on world markets in light of attacks on its oil facilities, “the Saudi Foreign Ministry said on Monday.

The attacks by the Houthis, Iran-backed Yemeni rebels, “affect the kingdom’s production and its ability to fulfill its commitments, and clearly threaten the security and stability of supply in world markets,” he insisted.

One of the rebel attacks on Sunday forced Aramco to “temporarily” cut production and dive into stocks to make up for it.

The foreign ministry has again accused Iran of “continuing to supply drones and missiles” to the Houthis, and has called on the international community to “take responsibility”.

Since the beginning of the Ukrainian crisis, Western countries have been pressuring the Organization of the Petroleum Exporting Countries (OPEC), led by Saudi Arabia, to increase its production.

But the Gulf monarchy has remained deaf to these calls, loyal to its commitments to OPEC +, which includes Russia, the world’s second-largest exporter of crude oil.

The free exercise of the 2nd Formula 1 GP of Saudi Arabia in Jeddah was postponed on Friday due to a multitude of attacks. The meeting will start at 20.15 local time instead of 20.00.