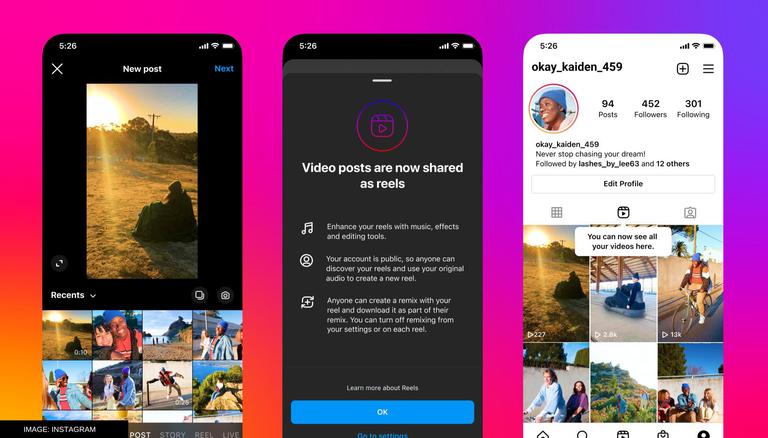 Instagram has announced several features and changes for all users. The platform has added new features to the Remix options available to both developers and users. In addition, it has released two new features that will help users create content by providing templates. In addition, Instagram is also going to merge the reel and videos section on the profile. Read on to know more about all the Instagram updates.

Remix is ​​a feature on Instagram that allows users to create a new video using a video created and posted by another user. While the feature has helped developers and regular users share their ideas, it’s getting three new additions. In the future, Instagram users will be able to remix public photos. Additionally, the platform adds more Remix layouts, including green screen, horizontal or vertical split screen, or video-in-picture reaction view. Additionally, users can add their own clip to play after the original video is played.

In addition to the additions to the Remix feature, Instagram is also rolling out two new features called Template and Dual. The template allows users to compose reels by pre-loading audio and clip placeholders. The template feature can help users get inspiration for creating reels and find template ideas by tapping the camera icon in the Reels tab. In addition, developers can now use the front and rear cameras together to record what’s happening and their reaction at the same time with dual functionality.

Videos shorter than 15 minutes will be displayed as reels

Instagram will soon merge the Reels and Videos tab on users’ profiles. “Because drums offer a more engaging and fun way to watch and create videos on Instagram, we’re bringing these creative tools and full-screen features to your video posts as well.” In the coming weeks, new videos will be shorter than 15 minutes. will be shared as rolls. Videos published before this change will remain as videos and will not become reels. If users have a public account, their reels, which also contain short videos, will be visible to other users of the platform.