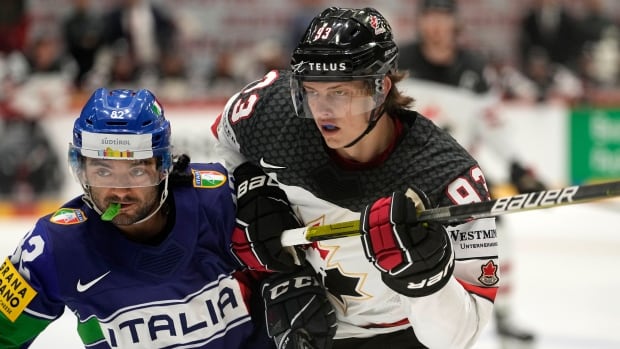 Hockey Canada has named the full roster for the rescheduled World Under-20 Championship, which is set to begin Aug. 9 in Edmonton.

Garand, 19, was a member of Canada’s junior team that won silver at the 2021 world championships.

Johnson played nine games for the Columbus Blue Jackets in the NHL last season, recording three assists with a plus-2 rating.

They are back! 🇨🇦

2⃣5⃣ players will wear 🍁 at the 2022 World Junior Championships in Edmonton.

Johnson, 19, of Port Moody, BC, also represented Canada at the 2022 Beijing Winter Olympics.

Both Garand and Johnson were on Canada’s junior team for the 2022 World Junior Championships before the tournament was postponed due to several outbreaks of COVID-19.

Hockey Canada president and chief executive Scott Smith said Wednesday that his organization will fulfill its obligation to host the tournament in Edmonton.