Josyane Boulos: Comedy will be Queen Monnot and tragedy will be her princess! 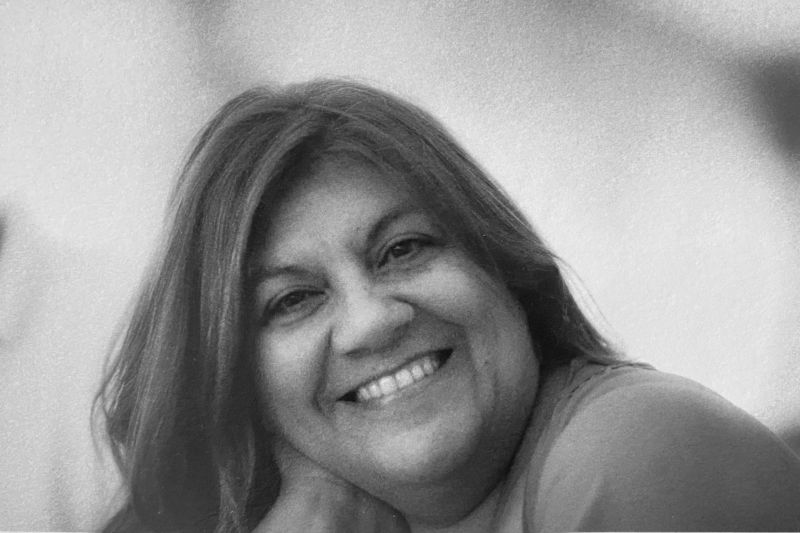 While she admits to only fantasizing about empty life at the Caribbean, her professional career is far from insignificant! Starting her career in television (Télé-Liban), which lasted 14 years, she co-produced and presented successful television programs with her late father, Jean-Claude Boulos. 20 years, first with his first company Urban Art, then with 62 events. She then turned to the theater, to which she has been fully committed since 2016. The actress is the author of more than 15 plays directed by Betty Taotel, Lina Abyad, Clément Vieu and Alain Plisson, and has not forgotten the roles in the film. At the cinema, led by Lara Saba, Clément Vieu, Philippe Aractingi and Nibal Arakji, Josyane Boulos is today replacing Paul Matara as director of the Monnot Theater. She describes herself as a passionate, fighter, perhaps dreamer who strives to make her dreams a reality, a stage lover and a professional producer, but above all a devoted mother and woman with an optimistic body. “It’s more funny than pessimism,” she says.

What is the essential role of theater for you?

Theater is an essential source of public entertainment, it educates, nurtures, shapes and transforms. This allows the form of education to be conveyed to the development of the individual. It can be a tool for knowledge transfer. Looking at a performance is always easier to learn, the playful form encourages learning. Therefore, it is important to visit the theater from an early age. Furthermore, I regret the lack of quality works for children in Lebanon, and I hope that this gap will be filled, which is part of my plans. The most magical thing about theater is the relationship between the audience, the actor, the room and the stage. This direct contact allows for the exchange of ideas. It’s great to see the audience talk about it after the show. This moment of fun around the culture is a source of happiness for me.

The country is going through a difficult period and the culture is in danger of being relegated to the background. It is bold and ambitious to accept this position (Monnot Theater Director). What are your fears, fears or hopes?

Culture has already been relegated to the background. If closedness encouraged people to read, listen to music, or visit virtual museums, it also made them accustomed to staying at home. The economic crisis, which is clearly the enemy of leisure, is also contributing to this. Anxiety, fear and even hope are the brakes for me. Fear holds you back, and relying on hope means not being prepared. Instead of distributing Colio Allah, it is a trust in my experience and the support of the entire CREAL team (created by 5 theater enthusiasts in Lebanon: Nadim Chammas, Wajih Akkari, Tania Rizk, Alexandre Najjar and Josyane). signed a contract with the USJ for the management of the Monnot Theater), Monnot and my professional environment that refreshes me. I have a calendar, a to-do list, a sincere desire to succeed as if I were still 30 years old!

In this new adventure offered to you, have you considered a new course of action for innovation, perhaps thinking of space as a place for various arts such as music, dance or cultural meetings?

I will listen to the Lebanese theater audience. I would like to offer them what they value, encourage them to give up the comfort of the couch before the Netflix series and come share some beautiful emotions. I conducted a small poll in which comedy was preferred to tragedy or drama: 95% of the public want to laugh and 5% to cry. The result: Comedy will be the queen of Monnot next season. And a tragedy for his princess! We remain multidisciplinary, open to young talent and veterans. We also intend to organize activities around Molière, whose 400th birthday was not celebrated in Lebanon, and the first performance shown in Lebanon was Maroun Naccache in 1847. Adaptation of L’Avare for International Theater Day …

It is clear that every theater in Beirut has its own audience with its own identity and inclinations. How are you going to attract viewers from other theaters that are quite different?

I would like the theater to have more spectators. Open new premises and not draw audiences from one another to survive. It is important for the theater to travel outside the capital, where it tends to be born and die. Promote the distribution of works throughout the country, across the region and, why not, around the world. You just have to have the will to do it. But you have to think a lot to reach the minimum. I don’t think there are multiple audiences, but rather different projects. Le Monnot is and will remain multidisciplinary. Attracting young people to the theater in general would already be a victory. In France, for example, the average age of viewers is about 45 years. People under the age of 25 make up 12.5% ​​of the population surveyed and 28.6% are over the age of 55. In Lebanon, Category 3 is the highest, as the theater is almost exclusively in Beirut. Hence our desire for CREAL to encourage young projects and offer new artists opportunities to prevent them from leaving. I hope the Monnot Theater can be turned into a vibrant place by bringing artists together at the table to discuss the future of this art. I’m even thinking about the store from next season.

Do you think you can keep your manufacturer’s limit if it doesn’t cause a conflict of interest?

CREAL’s mission is not only to promote all forms of performing arts, but also to create new artists. I will be happy to lead the young producers and share with them my long and rich experience as a producer (over 75 shows)! And when I set up my shows (because I’m not going to stop producing, writing and acting!), I’ll pay like everyone to rent a hall, and if Monnot is sold out, I’ll hit the door of my colleagues!

While she admits to only fantasizing about empty life at the Caribbean, her professional career is far from insignificant! After a 14-year career in television (Télé-Liban), during which she co-produced and presented successful television programs with her late father, Jean-Claude Boulos, she began …