Karjakin is preparing a lesson for Russophobes. Will FIDE regret removing the Russian champion? 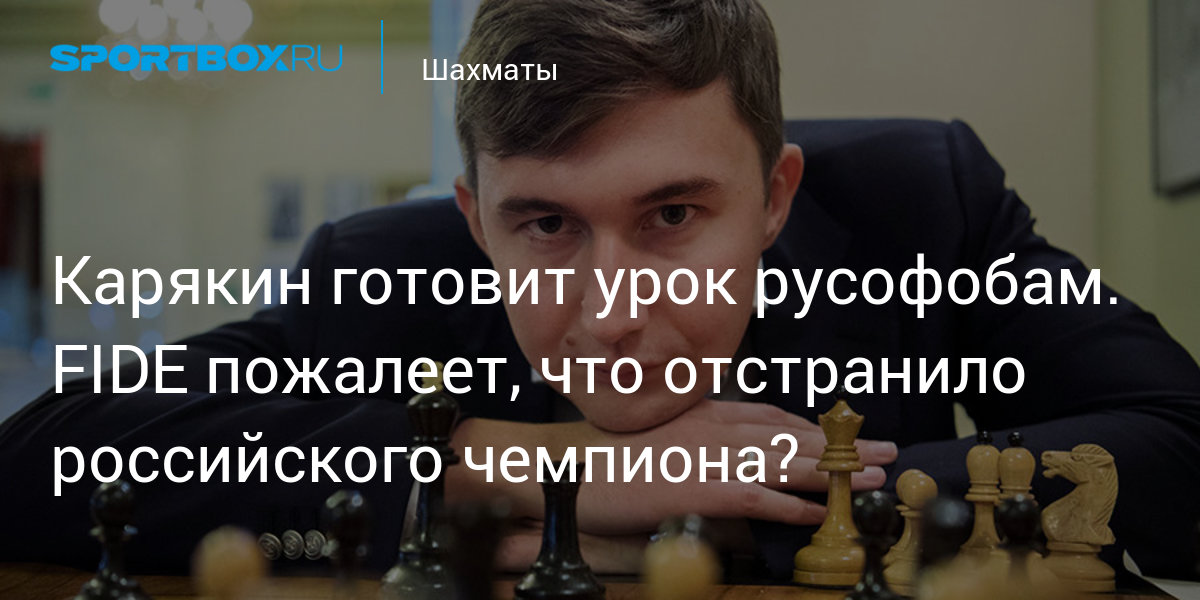 The leadership of the International Chess Federation has become involved in politics and is paving the way for a new split. Will Russia once again stand at the beginning of dual power?

Russian chess players were under attack – FIDE joined the Russophobic agenda in world sports. The matter was not limited to the withdrawal of tournaments and flags, but individual players were removed.

Sergey Karyakin is not ready to deal with the current situation and wants to teach a lesson to daring sports officials by creating a dignified analogue of the international chess structure.

Can the grandmaster succeed in this fight?

The International Chess Federation (FIDE) has recently distinguished itself with several hostile actions against Russia. The organization deprived our country of the World Chess Olympiad and other tournaments under its banner. The athletes then went flagless and offered neutral status. But the issue was not limited to these already common things in world sports. The FIDE Ethics Committee disqualified Russian Grandmaster Sergei Karjakin for political reasons and deprived the 32-year-old chess player of the right to participate in the Tournament.

“After these events, I firmly decided to do my best to work with my friends, colleagues and like-minded people to create a new organization as an alternative to FIDE,” Karyakin told Sputnik Radio. 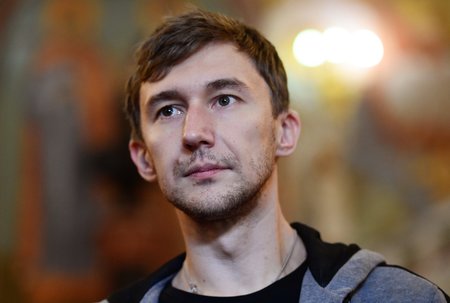 One would probably think that Karjakin’s reaction to the suspension was too harsh. It is a pity to miss the candidates’ tournament and stay six months without serious competition is not very pleasant. However, how many unfairly disqualified athletes have announced plans to create an alternative in other sports?

And yet Sergey has a difficult case – FIDE said they will not prolong the disqualification, but there is a risk of new charges. In other words, the athlete has been aware that he will no longer be allowed to participate in tournaments under the auspices of the Federation, with new reasons for suspension. Of course, there is a way out – to keep your mouth shut, to agree to whatever demands of sports officials, no matter how crazy they may seem. Karjakin probably doesn’t like this trip, he goes to fight.

The Russian has no problems with motivation, but is it possible to compete with an organization that has a history of almost a century? Russia’s sports ministry said they were not in favor of drastic decisions and were comfortable with the idea of ​​creating an alternative to FIDE. The support of the Ministry of Sports would be appropriate, but it should still not play a key role. To organize large tournaments that are beyond the control of the current chess authorities, it is much more important to have large sponsors and, of course, high-level chess players themselves, ready to take a bold step.

– We will create a good, professional team, we will work with permanent sponsors. All the good that FIDE is doing, I am talking about the world championships, about organizing tournaments, we will transfer all this to our organization with a large prize fund. We will wait for anyone who wants to, – quotes Karjakina RIA Novosti Sport.

So far, the question remains whether Sergei has access to potential sponsors who are ready to support the project. For the record, however, we remind you that the International Chess Federation left sponsorship agreements with Russian and Belarusian companies at the end of February, which are subject to sanctions or are linked to the state. Now the same companies, if they want, can continue to support chess, but bypass FIDE.

Suppose we can solve the problem with sponsors, but does that mean that the strongest grandmasters will immediately join the new federation? Not everyone is happy with the actions of today’s chess authorities. The leader of the world rankings, Magnus Carlsen, also disagreed with the justice of Karjakin’s suspension. However, this does not mean that Norway is ready to attack FIDE.

There was already duality

Creating alternative organizations in the world of sports is a rare phenomenon if we omit such specific types as powerlifting. However, there is already a precedent with double power in the same chess. Curiously, the Professional Chess Association (PCHA), which existed at the turn of the century, was also largely thanks to a Russian initiative. In 1993, Garry Kasparov dared to attack FIDE.

Under the auspices of this organization, not only the 13th world champion competed, but also Nigel Short, Viswanathan Anand, Vladimír Kramnik, Peter Leko and other important chess players. The end of the break came in 2006, when PSHA champion Kramnik defeated the strongest FIDE athlete Veselina Topalov.

It is true that during the period of dual power in the chess world, athletes were not specifically forbidden to participate in the tournaments of “hostile” organizations. Whether the International Chess Federation will tolerate competitors now is not an easy question. If FIDE does not persist and endanger itself, then the viable alternative may be in the format in which the PCA once existed.

Otherwise, it will be more difficult – in a tough confrontation, not only solid funds will be needed, but also athletes who are ready to take risks, for whom the door to FIDE may be closed. However, the current chess authorities are already pushing Russians and Belarusians to take drastic steps. The Chinese and Indians may think about their prospects for the future. And anyone else who disagrees with the involvement of sport in politics may eventually move under the wings of a new organization.

It will be extremely difficult to implement Sergei Karjakin’s plans. Without administrative support, the help of sponsors, as well as the participation of authoritarian people from the world of chess, it will be difficult to get started. And yet it is worth understanding that success is possible. In chess, it is possible to set a precedent that will become a lesson for other federations and affect both the prestige and the wallet of sports officials who want to do politics.