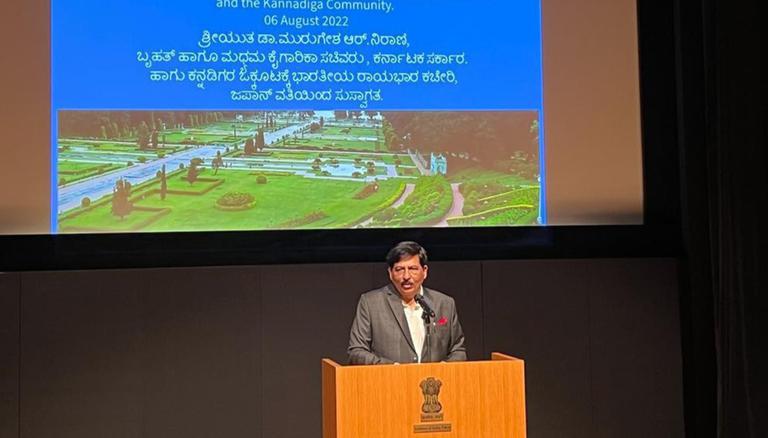 Minister of State for Industries Murugesh Nirani, who is in Tokyo, assured that the government will encourage and extend support to Japanese companies investing in Karnataka while pitching the state as an investment destination, saying that in the last 3-4 months, .

A delegation led by the minister is visiting Tokyo to invite Japanese investors to participate in the Global Investors Meet (GIM) to be held in Bengaluru from November 2 to 4.

He also invited the Tokyo-Canadian diaspora to participate in the GIM.

“Under the able leadership of Chief Minister Basavaraj Bommai, investment agreements worth Rs 1 lakh crore have been signed in the last 3-4 months,” he said, adding that this only shows the confidence of big companies in Karnataka.

Many more companies have expressed their willingness to invest in the country, he added.

Karnataka and Japan have cordial industrial relations, Nirani said while mentioning the Japan Industrial Township which has been set up at Vasanthanarasapura in Tumakuru district where around 519.55 hectares of land has been allotted and basic infrastructure provided.