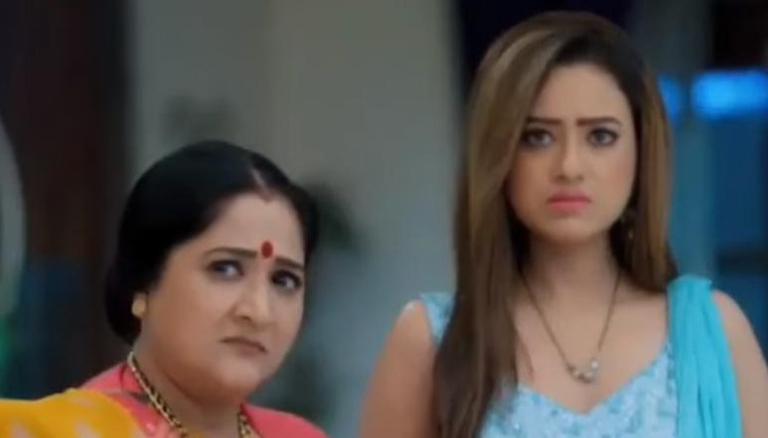 Anupama 2022 April 15 the series begins with the joy of Anu, Bapuji, Devika, Samar, Kinjal and Mamaji for the contract they received from the dance academy, and Anujus later decides to reveal another piece of good news to Anu. Anujus then remembers Malvika telling about his new job.

Toshu, Baa, Vanraj and Kavya, on the other hand, stand in amazement watching everyone celebrate. Rakhi, meanwhile, is considering when Kavya will make his decision and thinks he can’t help Toshu because it will anger Kinjal. Then she dreams of revenge on the Shah family.

When Anu starts to get excited about holding a check in her hand, she remembers how she was always dependent on her family and husband’s expenses. She further tells Anujus how the man feels bad when his wife asks for his money, which Anujus comforts and comforts her. Then she says she can now support her wedding. Baa, on the other hand, says Vanraj that she is happy to know that Anu now has the money to spend on her wedding. Vanraj then replies with jealousy that he does not understand how Anu gets so much money. Then they both remember Bapuji’s words when he said that Anu’s presence would bring prosperity to the home.

Rakhi is waiting for Kavya’s answer

Anu, on the other hand, then hands over the check to Bapudi and urges him to spend the money on her wedding at his request. As a result, Bapuji cries and even Devika, Samar, Kinjal, Dolly and others get excited. Kavya, meanwhile, calls her former Anirudh, and Vanraj is furious to hear her talk.

Anu and Anujus spend a romantic moment together, and Kavya and Vanraj engage in a heated argument. Vanraj asks Kavya that she called her ex and asks her to leave home after signing the divorce papers. He even accuses her of ruining her life and mentions how successful she was before she came into his life. Kavya stands stunned.