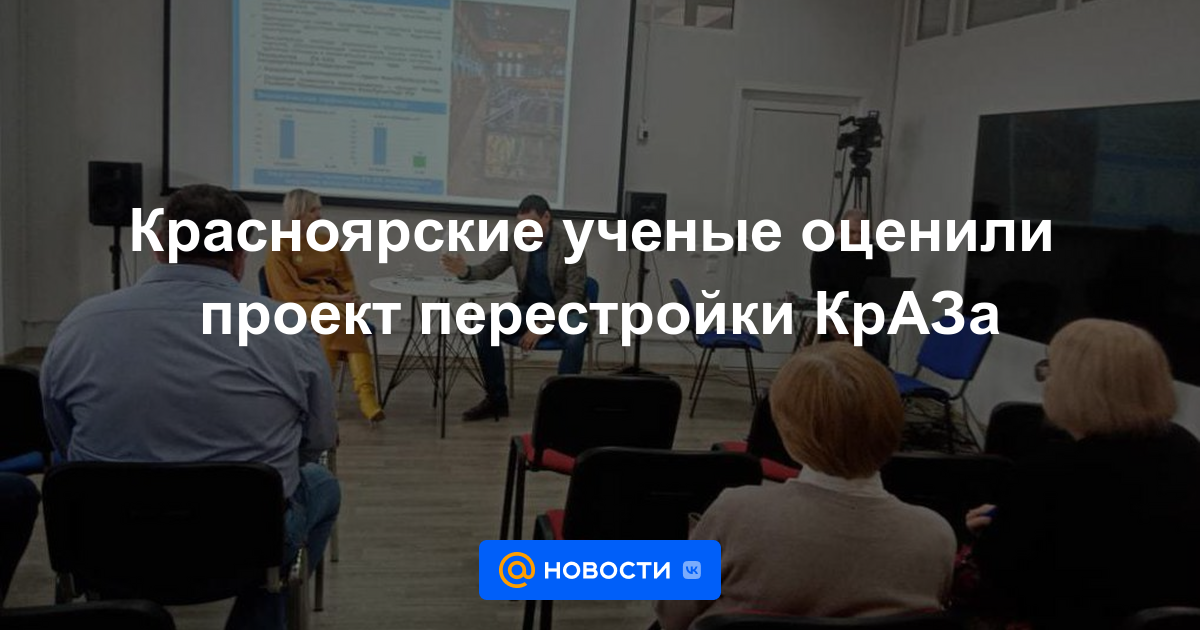 Krasnoyarsk researchers participated in the strategic RUSAL session. The main topic of discussion was the KrAZ restructuring project. The event took place at the Siberian State University named after MF Reshetnev.

More than 35 researchers from various universities and research institutes in Krasnoyarsk have officially registered for the strategic session “Scientific and technical aspects of the planned restructuring of KrAZ”. Representatives of RUSAL presented to them the restructuring plan of KrAZ, which has already been submitted for public discussion. While waiting for the hearings, the researchers were able to provide a preliminary independent opinion on the project and its environmental performance.

A significant change in the reconstruction process of the Krasnoyarsk aluminum smelter will be the demolition of half of the old workshops and the construction of two modern buildings with energy-saving and environmentally friendly technology.

– The reduction will primarily affect emissions in the first and second hazard classes. For example, about two-thirds less fluoride will be released into the air from production in new buildings. And benzapyrene will be reduced to almost zero there, ”explained Ilya Puzanov, director of the project“ Improvement of High Ampere Technologies ”of the RUSAL Engineering and Technology Center.

Researchers in Krasnoyarsk have noted that moving half of the KrAZ from EcoSoderberg to baked anode will actually reduce emissions of the most dangerous substances, but will also increase carbon monoxide emissions. It is a substance of the fourth hazard class. First of all, it was evaluated by a deserving metallurgist of the Russian Federation, Doctor of Chemical Sciences, Professor of the Department of Non-ferrous Metallurgy of the Federal University of Siberia Petras Polyakov.

– The molar mass of carbon monoxide (CO) is 0.28 kg / mol and that of air is 0.29 kg / mol. Therefore, carbon monoxide rises rapidly and does not damage the surface layer of atmospheric air. You will not find regulation of CO emissions anywhere in the world. Only in our country this substance is taken into account in the calculation of environmental impact. People don’t have to be afraid of him, “explained Professor Polakov.

There are no plans to increase the plant’s productivity. After the restructuring, KrAZ will produce about 1 million tons per year. tonnes, which is in line with current production.

– RUSAL has long been moving towards ecology, moving proactively, voluntarily and consistently to the ESG platform, where the most expensive part is environmental costs. When it comes to ecology, the company does more than is required by law. The educators of the world participating in the meeting ask important questions that will help to improve the project. And it is very fun to give impetus and added value to such consultations. And the public deliberations will give an even more serious impetus to improve the project, ”said Nikolai Alpatov, an expert and auditor of ISO international standards.

The researchers paid special attention to the issue of waste removal during redevelopment and planting in the sanitary protection zone. RUSAL’s environmentalists have said that 90% of the waste will not be sent to landfills but for recycling, and a public garden will be created in the vacant site after the demolition of old buildings.

At the end of the session, the researchers assessed the environmental objectives of the project as achievable. Anyone can participate in the discussion of the KrAZ reconstruction project, express their comments and suggestions. April 15 6 p.m. There will be a public hearing at the KrAZ Palace of Culture. You must present a passport to register.