La Grande-Motte: “humor on the beach” … and in the conference center 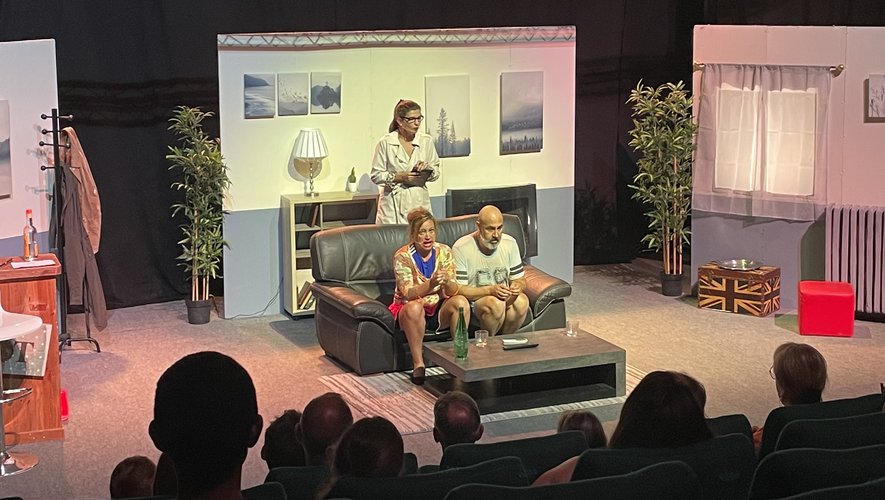 The Odéon Theater launched its first series of shows on Tuesday, under the sign of good humor! Viewers have their say.

Shows, comedies, hypnosis… And even magic! The selection is just as wide to satisfy all tastes. Common goal: to have a good time with family, as a couple or with friends. For four weeks, on Tuesdays, Wednesdays and Thursdays, young and old are invited to the side of the Grande-Motte, in the convention center, to rediscover theater in a fun way. The program includes two classes: the first one in the morning at 11 a.m. is for children. Then two evenings, 19:30 and 21:30, for adults.

About forty people attended this first launch party. On the roof, many are impatient. For most, it’s a first ” we hope so. We’ve seen billboards, flyers about it. It looked nice”“, says Nadia. The same story for Gabriel, but unknown to the theater world: “I’m not used to going there, but it’s modern. And discovering new things is always interesting! » the young man becomes impatient.

Theatergoers like Christine have their eyes fixed on the clocks. “We are from Paris, we go to the theater a lot. We miss you here! And then a room in this style is what we want! » Other actors are already well known. This is the case with Nicole “I like the funny side, we indulge… Fun in its purest form!” » Fairly easy works, where the primary instinct speaks: to laugh.
Others, comedians themselves, came to look for inspiration.. “I wanted to discover the festival and new audiences. But especially actors and actresses”says Marie, before whipping: “If you like it, we’ll talk about it around!” » The idea is to lend a helping hand. And to help popularize and popularize this activity on the coast.

As for the couple François and Nathalie, it’s another story… A love story that has been established since the first appearance at Perols: “We discovered Odeon through Ingrid. And we loved it. We laughed a lot.” remembers Francois. Since then, the couple has been loyal to the troupe. “As soon as they came on stage, I died laughing all the way through.” says Francois. Over time, the couple even became volunteers. A way to show them all your appreciation.
Therefore, the couple advises anyone who doesn’t know to come and have a look. “Plays for adults are really, really funny. And the children will also like those breakfasts. Especially Aladdin! » the volunteer promises.