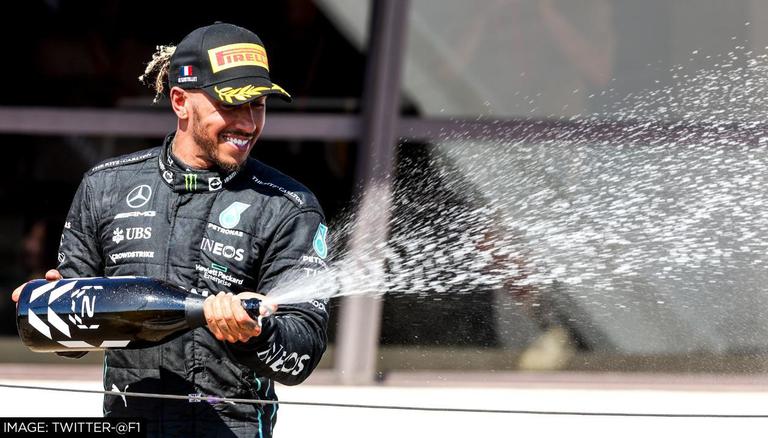 After competing in his historic 300th F1 race, seven-time drivers’ champion Lewis Hamilton revealed the dehydration problems he faced during the 2022 French Grand Prix. The Briton, who became only the sixth driver in history to do so, finished the race in second place , just behind reigning champion Max Verstappen.

Lewis Hamilton said after the intense 2022 French GP (as quoted by Autosport.com): “It was actually a tough race because my water bottle didn’t work. But what a great result considering we were so far away.” these guys all weekend.” “I didn’t see my weight now, but I would [I lost] probably around three kilos. So yes, that’s enough. I look forward to finishing the rest of this drink…”

Despite winning a record 8 consecutive constructors’ championships with Mercedes between 2014 and 2021, Hamilton failed to win a single race this season and was almost a second behind the Red Bull and Ferrari drivers. After talking about his dehydration issues, the Briton went on to praise the team’s efforts, stating: “Reliability is one thing my team has been amazing at, so a massive congratulations to the team back at the two factories. The team here without them we couldn’t have got this podium and George also did an amazing job today.”

The 37-year-old ended his comments on an optimistic note by saying he hoped the team could bring some sort of upgrade to close the gap between them and the two championship contenders heading into next week’s Hungarian GP.

“Hopefully we can bring some kind of upgrade to that track and hopefully take a step up to them. You can see us in the race, we can at least lean on them a little bit, so hopefully in this race.” closer,” added Hamilton.

The Hungarian Grand Prix is ​​due to take place next weekend from July 29-31 before the 2022 F1 season goes into summer break.