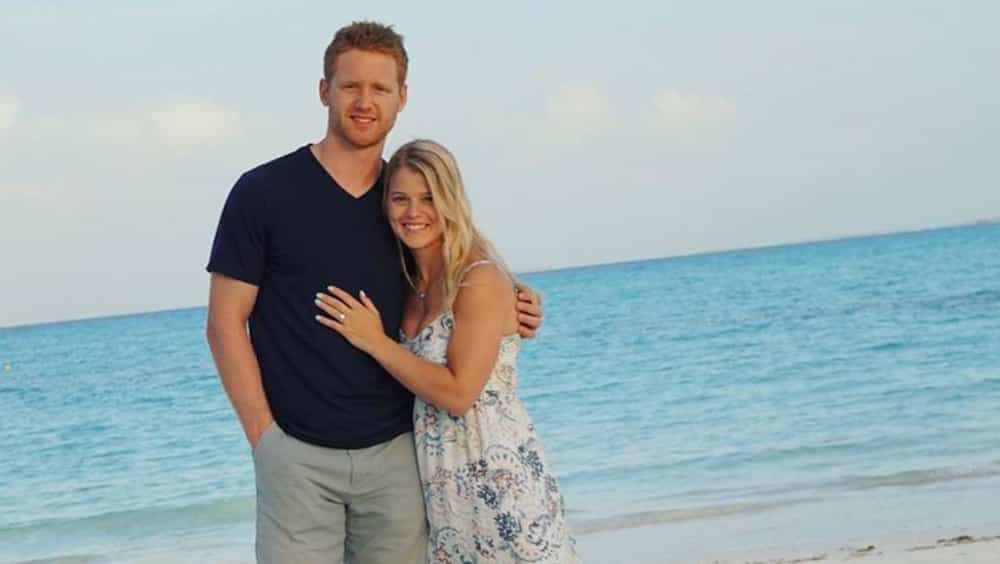 Montreal Canadiens rookie Mike Matheson is a man who likes to blend in. As proof, he is not even the best hockey player in his pair; his wife, Emily Matheson, is proud to have won gold with the United States at the PyeongChang Olympics.

This has often earned him the taunts of Jeff York, his former coach who oversaw his development in the NCAA for three years with Boston College.

“I often remind him of this fact to get him off the hook,” the hockey player confirms in an interview with TVASports.ca over the phone. Making friends comes naturally to him. This quality was instilled in him by his family, and he has been developing it for several years, since stick hockey.

“Mike is part of the team. It’s never about Michael. He doesn’t have to be the first player online. He blends in with the group from day one.

That’s exactly what his former agent, now Canadiens general manager Kent Hughes, had in mind when he called Matheson a “five-star” prospect. Because Matheson is much more than a hockey player when you look closer.

After all, he might very well have dropped out of psychology when he dropped out of Boston College to go pro before his fourth year at university. The student-athlete pursued his ambitions to complete his master’s degree, even trying to establish himself in the world’s best league.

“He is a young man with an interesting perspective on the whole world, on all aspects of society. He is not just a hockey player,” said his former coach.

Well, Matheson isn’t trying to get reflectors on him; however, a hockey fan cannot remain insensitive to the grace of his skating.

The Pointe-Claire-born Quebecer moves majestically as he touches the ice. No digging. Without unnecessary movements. This is undoubtedly its trademark.

“That’s the first thing we noticed when he came into our program,” says Jeff York. He had world-class skating, worthy of the elite.

So much so that former Florida Panthers general manager Dale Tallon saw in him a Duncan Keith emulator, a belief that prompted him to give him a generous $39 million contract over eight years in 2017 that Matheson had not previously had. didn’t break anything in the National League.

That contract weighed heavily on the young guard, who, thanks to the good care of their defensive assistant coach Todd Reirden, struggled with the Panthers before being found by the Pittsburgh Penguins.

“His puck skills have gotten a lot better [que dans la NCAA], admits York. He is calmer, plays well. I thought Todd did a fantastic job showing him videos and teaching him how to play in different situations.

“For the record, I managed Todd myself when he played at Bowling Green. So I spoke to him often to listen to Mike and I can tell you he was very excited about his progress.

Smart, hot and serious, Matheson continues to thrive at 28 and after seven seasons in the NHL. In doing so, the athleticism that earned him a first-round pick in the 2012 draft is starting to show more and more.

Last year, he took it to another level with the Penguins: his 11 goals in the NHL tied for eighth among NHL defensemen, and Devon Toews of the Colorado Avalanche. His 31 points in 74 games is a personal best.

And there is still room for improvement. Matheson recorded those results while averaging just 43 seconds on the power play. In Montreal, he will likely have increased responsibilities in that department.

“He has a good shot, the puck comes off his blade quickly,” notes York. It’s clear that Malkin and Crosby often have the puck on Pittsburgh’s power play. He’ll have more of an impact at 5v4. But it’s at 3v3 where you’ll see him dominate. Thanks to his skating, he is dynamite in that aspect of the game.

Actually, forget the game situations. Matheson will get a chance to play more… period. He almost becomes the de facto number one defenseman for the Canadiens. This is good because he is able to spend a lot of time on the ice without losing his shine.

“He never runs out of steam,” assures York. He can be there for 40-45 seconds and even if he is stuck in his territory, he is out of breath, knees bent, trying to regain his senses. He is in fantastic physical shape.”

It is youngsters Justin Baron, Caden Guhle and Jordan Harris who will be able to thank him, because without the training of this “five-star man”, these recruits could very well have been sent to the slaughterhouse.