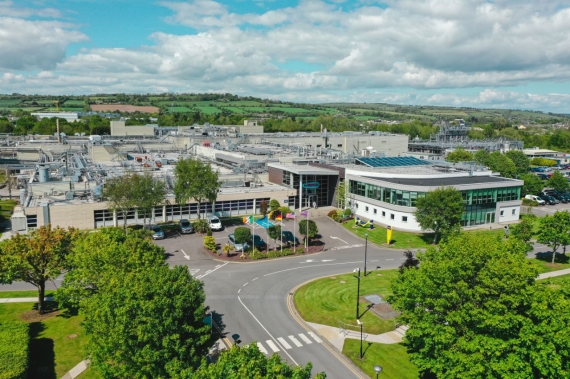 It was announced today that the global science and technology company Merck will invest about 440 million euros in two premises in Cork. The investment, which is the largest in the life sciences business location, will run until 2027. will create more than 370 permanent jobs by the end of the year.

At Blarney Business Park, Merck plans to build a new filtration plant for nearly $ 150 million. When fully operational, it will increase Merck’s global manufacturing capacity and provide customers with both traditional and new treatments and treatments.

Expanded to more than 290 million. In Carrigtwohill, Merck adds a membrane molding immersion plant. These membranes support new and gene therapies as well as applications such as virus sterilization, plasma separation, and rapid finger prick testing. Membranes also serves the Process Solutions business, which is one of the driving forces behind Merck’s Big 3 growth.

Process Solutions sells products and services to the entire pharmaceutical manufacturing value chain. Merck aims to reach 2025. increase its group sales to around € 25 billion. To achieve this growth goal, the company in 2021-2025. significantly increased total investment compared to 2016-2020.

The ad was published after 36 million. EUR investment in the same place in 2021. to a second line of products for the production of side-flow membranes. Now officially opened, the facility produces lateral flow membranes, commonly used for rapid diagnostic testing of rare diseases such as dengue fever, malaria and Ebola. They are also a key component of rapid antigen testing used to detect COVID-19. Over the next five years, Merck will implement investment programs around the world. The target countries are Germany, China, France, Switzerland, Ireland and the United States.

Speaking on the site’s official announcement, An Taoiseach Micheál Martin said: “This investment, the largest in Merck Life Science’s history, demonstrates our ability to create the right conditions for international organizations to expand. the life sciences ecosystem has been one of our greatest economic achievements. I am delighted that Merck has chosen Cork for its latest investment. I wish the team continued success as they strive to improve lives around the world.

Martin McAuliffe, Merck’s CEO and Chief Operating Officer at Cork, added: “Today’s decision to build a new membrane plant in Carrigtwohill and a new filtration plant in Blarney is a dedication to the skills, the hard work and all of our colleagues here in Cork.”