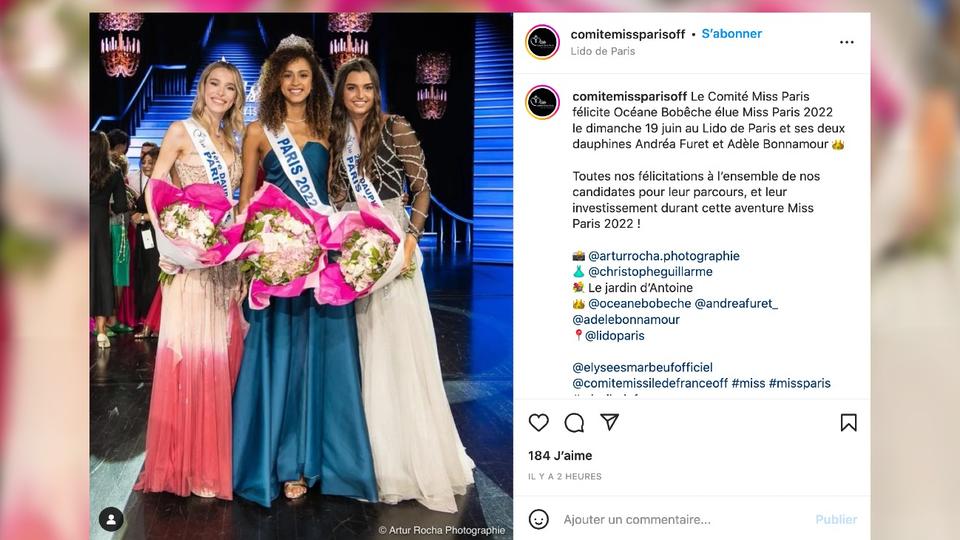 The first in the field of beauty. Andréa Furet, the first transgender candidate to enter the Miss France pageant, made a mark at Miss Paris, finishing in the 1st Dauphine this Sunday.

The 20-year-old actress, seen in TF1’s Il est elle, was among twelve candidates who marched on the iconic Lido stage to replace Diane Leyre, who was crowned Miss Paris before becoming Miss Ile-de-France, then. Miss France last December.

“I am incredibly proud and excited to be the first transgender woman to write my name in Miss history,” Andréa Furet said in her speech at the start of the ceremony. “Even today, in 2022, many young people are unfortunately rejected, misunderstood, sometimes bullied just for trying to be themselves. I think this title could be a great way to show them that you can be who you really are and be successful in any field.

If she didn’t win Miss Paris, Andréa Furet says she would be “very happy with the result”. “Participating in this competition was a goal I wanted to achieve. I always wanted to do it and when I realized it was possible, I did it. I have no regrets!” she explained to TF1info, happy that the Miss France rules had been changed.

“Last year a lot of girls couldn’t participate and this year they are coming together again. Long live progress!” she enthused. Alexia Laroche-Joubert, the new head of Miss France, confirmed in December that transgender candidates are welcome. “If you read the rules carefully, we have always said that we are asking for the citizenship ID to be ‘female’.” So there are no problems,” she explained.

“Last year I was second runner-up to Diane Leyre and I tried my luck again because I believed in it. I am persistent. With a change in attitude, I have this scarf,” a young woman sewing in a large luxury French house always commented to TF1info.

Andréa Furet’s next step: October 22 the upcoming Miss Île-de-France pageant, which, depending on its outcome, could open the door to the Miss France 2023 election, which will take place at the end of the year.