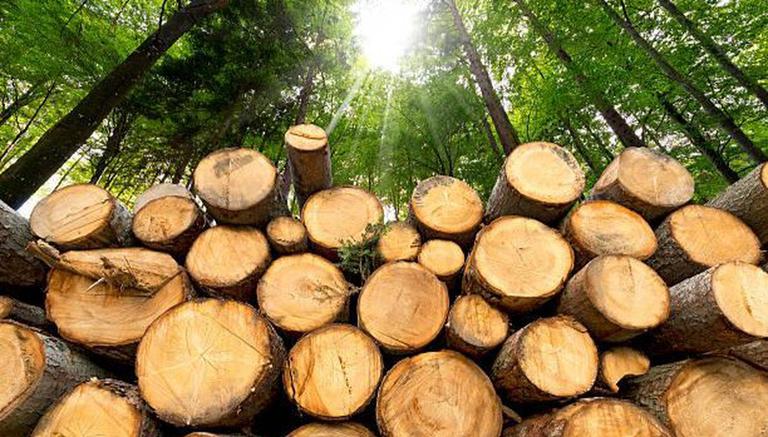 To eliminate the problem of deforestation, researchers at the Massachusetts Institute of Technology (MIT) have developed a method that allows the laboratory to produce wood-like plant material. It is estimated that deforestation on our planet results in the loss of about 10 million hectares of forest each year, which could lead to deforestation in the next 100 to 200 years.

This approach would provide an environmentally friendly and low-waste alternative and allow wood products to grow without cutting trees, the researchers say in a study published in Materials Today.

Lead author Ashley Beckwith said in an MIT report: “The idea is that you can grow these plant materials in exactly the form you need, so you no longer have to do any subtractive production, which reduces energy and waste. There are many opportunities to expand and grow three-dimensional structures. “

How was artificial wood produced?

MIT experts began by extracting cells from the leaves of Zinnia elegans, also known as the common Zinnia plant. In the next step, these cells were cultured in liquid medium for two days and transferred to a gel-based medium containing nutrients and two hormones. It is at this stage that scientists can regulate the physical and mechanical properties of plant cells growing in the nutrient medium by adjusting hormone levels.

“There are hormones in the human body that determine how your cells develop and how certain properties develop. In the same way, by changing the concentration of hormones in a nutrient broth, plant cells react differently,” Beckwith said. “Simply manipulating these small amounts of chemicals can cause quite dramatic changes in physical performance.”

In addition, experts use a 3D printer to convert the cultured gel solution to any selected structure and incubate for three months in a dark Petri dish.

In experiments, experts found that the lower the level of hormones, the more round and open cell plant material they received. In addition, the plants also had a lower density rather than a higher hormone content, which resulted in the growth of plant material with smaller, denser cell structures.

Jeffrey Borenstein, another participant in the study, said: “This work demonstrates the power that technology at the interface between engineering and biology can help address environmental challenges by leveraging the advances that were originally created for health care programs.”