Montpellier will host the European Judo Championship in November 2023, while the French judo team is preparing for the 2024 Paris Olympic Games. 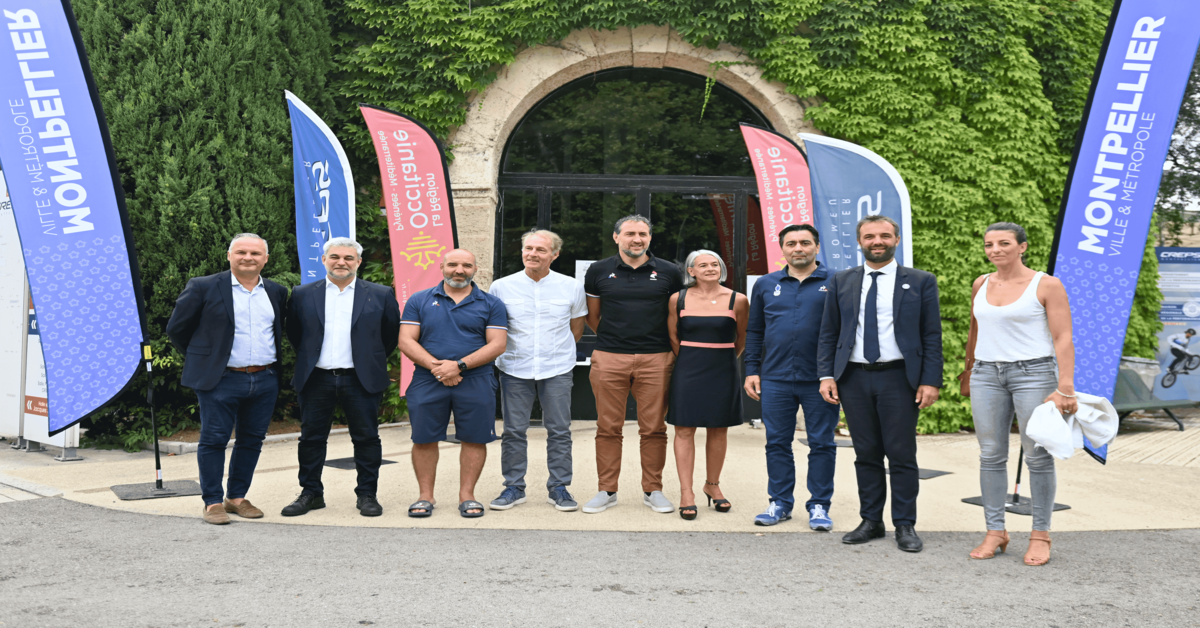 Montpellier’s Olympic momentum comes to fruition with the 2023 European Judo Championships, which will take place at the Arena Sud de France in Montpellier from 2 to 5 November 2023.

In honor of the presence of the French Judo team at the Crepes de Montpellier training camp, Michael DELAFOSS, Christian ASSAF, representing President Carole DELGA, and Stéphane NOMIS, President of the French Judo Federation announced their presence at the Arena Sud de France in Montpellier. for the European Judo Championship from November 2 to 5, 2023. Montpellier will also remain a rear base for French judo in preparation for the 2024 Paris Olympics.

Expecting nearly 700 judokas, it will be a a dress rehearsal for all continental athletes and especially the French a few months before the 2024 Olympic and Paralympic Games in Paris.

Montpellier is a sports land that this year signs a historic double: the French Rugby and Volleyball Champions 2022. It is recognized for its ambitious sports policy, the quality of its facilities, as well as its know-how in the field of organizing competitions. the most important sporting events.

By obtaining the Terre de Jeux 2024 label, Montpellier has gained the opportunity to become a Center for the Preparation of the Games (CPJ) and host international Olympic and Paralympic delegations.

It is in this context that the arrival of the French judo team in preparation for the 2024 Paris Olympic and Paralympic Games is a strong indication of the quality of Montpellier’s reception of high-level athletes. And other federations should participate in this dynamic.

These three areas combine an original approach: join forces to attract a wide range of national and international sports delegations and best support athletes in their preparation, offering them the best of themselves: quality of infrastructure, wealth of sports offer, excellent geographical position, between the sea, nature and urban environment, providing very high performance.

On behalf of Michael Delafos, Mayor of Montpellier, President of the Méditerranée Métropole of Montpellier, “The European Judo Championships will be an exceptional event in our territory, which will promote the influence of Montpellier. When we host an international event like this, it is an extraordinary opportunity for clubs, children, boys and girls of all ages to create Montpellier is a fortress of judo, and welcoming the entire French team is part from a global strategy and reinforces our quality as a preparation center before the 2024 Olympic Games. Of course in Paris, France and Montpellier. We want to create all the conditions to be there. If we allow our athletes to prepare here in the area called Terre de Jeux, we are part of this event.

This was stated by the president of the French Judo Federation, Stéphane Nomis “France Judo is happy to choose Montpellier as the base camp for Paris 2024. The reasons for this choice are the quality of the available facilities, as well as the desire of the city of Montpellier to promote judo in its territory. In addition to welcoming the French teams before the 2024 Paris JOP, in the city of Montpellier before the 2023 European Championships there will be a champion route and will also be part of the dynamics of the 1000 dojo system by opening ten rooms and will also help the Montpellier club to enter the Judo League Pro tournament”.

Carole Delga, President of the Occitania / Pyrenees-Méditerranée region, said after this press conference: “The Occitanie / Pyrenees-Méditerranée region has demonstrated its commitment to and promotion of sport for many years. Welcoming the French judo team to the Creps competition in Montpellier is an honor and demonstrates the quality of our regional infrastructure. With the label “Terre de Jeux 2024”, Occitanie is more than ever mobilized to stimulate an ambitious and sustainable sporting dynamic throughout its territory. In order to strengthen the celebration, the heritage and the commitment of the people of Occitania during the Games, the region is specifically supporting the 57 Occitania sites that have been marked as “Preparation Center for the Games” until Paris 2024. As we have done. In the 2022 World Figure Skating Championships, we are also together with Montpellier in organizing major international events, and the 2023 European Judo Championships in the Sud de France arena, let’s be sure, will be a great success in our territories! »

The forum “Terre de jeux” and the symposium “Stakes of games” will take place in December at the Corum de Montpellier.

After the candidacy of the city and metropolis of Montpellier, the COJOP (Organizing Committee of the Olympic and Paralympic Games) has chosen Montpellier to organize the 3rd forum “Terre de Jeux 2022” next December. The “Terre de Jeux” community now has more than 3,000 entities aiming for the 2024 Games (municipalities, EPCI, network of French embassies abroad, etc.). It will also be the last “Terre de Jeux” forum organized in the provinces before the Olympic Games in Paris 2024. This event in Corum will be held at the same time as the congress “Games Challenges” – a research symposium in social sciences.

Montpellier is part of the 1000 dojo dynamic powered by FFJ. As such, it has ambitions to open a dozen dojos in the coming years. For example, it is renovating the Pierre de Coubertin Palais des Sports La Mosson, a multi-sport hall that will also host judo competitions from January 2024.

Owner of the Toulouse and Montpellier (Font-Romeu) CREPS since 2016, the Occitanie/Pirénées-Méditerranée region is investing heavily in these excellent sports complexes (€78 million since 2016) to strengthen and improve their ability to train high-level athletes. the best conditions before major international sporting events. The region continues its efforts with the construction of the future High Performance Training Center (CPHP) in Font-Romeu. This major investment in the region, estimated at €45 million, will strengthen the position of the site of Font-Romeu to become the leading location for world-class sports in Occitania and attract new French and international sports delegations.