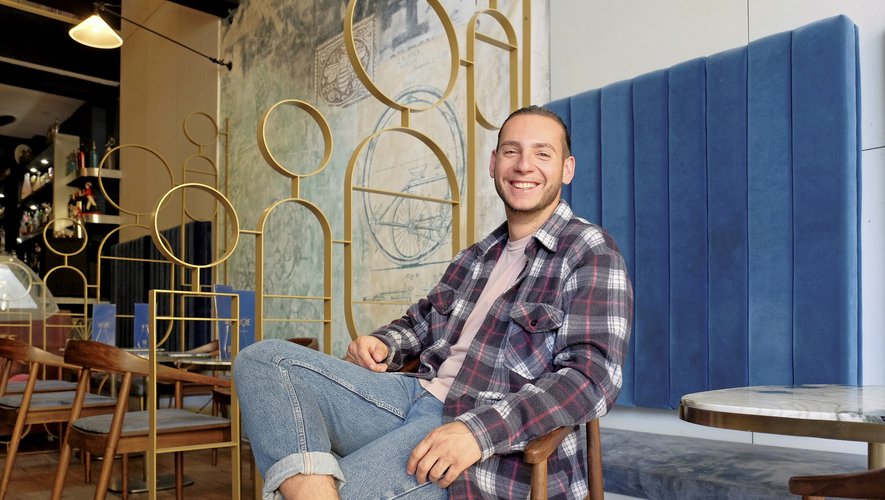 Yoan Lesavre on May 31st. Point Comédie presents its show One Man. Opportunity for the comedian to play his first performance “at home” and take part in creating the stand-up world of Montpellier.

Comedian Yoan Lesavre launched his first mono-play, Get Up, this year. A passionate young man from Montpellier, who began his career in the south before moving to Paris, is actively involved in the development of a stand-up culture in the city. Free lunch went to meet him, talk about entertainment, love the scene and entertainment.

April 26 You presented the premiere of your one-man show, Lève-toi, at the Le Point Comédie. What memories have survived from this evening?

It was a magical moment, not the time. When I saw that the show was sold out a few days before the first date, I was very happy and it was the culmination of these three years of stand-up. This is a new step.

Looking in the rearview mirror, how do you stand up?

I’ve loved making fun of people since I was a kid, and that encourages me. I played theater for a while, then had to stop everything to get started. And after a few random jobs three years ago, I told myself “we have to start, we have to go, now or never.” At the time, Montpellier had never experienced such a stand-up boom as it does today. However, that didn’t stop me from going around the filming site and participating in new initiatives like Théo’s inauguration party at Montpellier Redline in 2019. This is a very good memory.

Is it hard to make fun of people?

Not exactly. It’s a lot of writing work, one at home. Perhaps the hardest part is feeling completely naked in front of a small audience, which is completely different from, for example, a performance where you don’t see people in front of you. Especially since I am inspired by my daily routine, so I share a lot with myself. However, stand-up viewers are very often benevolent and ready to share their evening with what is on stage. This is the key to creating a connection, sharing between those who play and those who laugh.

Montpellier has become a major destination in the world of humor in recent months, and you have contributed to that.

I find absolutely great everything that’s going on right now, sets that are on the rise. Every last Wednesday of the month, at the Point Comédie, we launch a Comedy Club evening to highlight beginners and the most experienced. The goal would be to no longer have to go to the capital to break into the area.

At the moment, I’m very focused on my show, which I’m playing at Point Comedy on May 31st. and June 28th. Then I will also be attending the Avignon Festival Lève-toi and a performance starring Conclave Story. It will be sporty!