Naomi Osaka in the background of Rafael Nadal photo, reaction 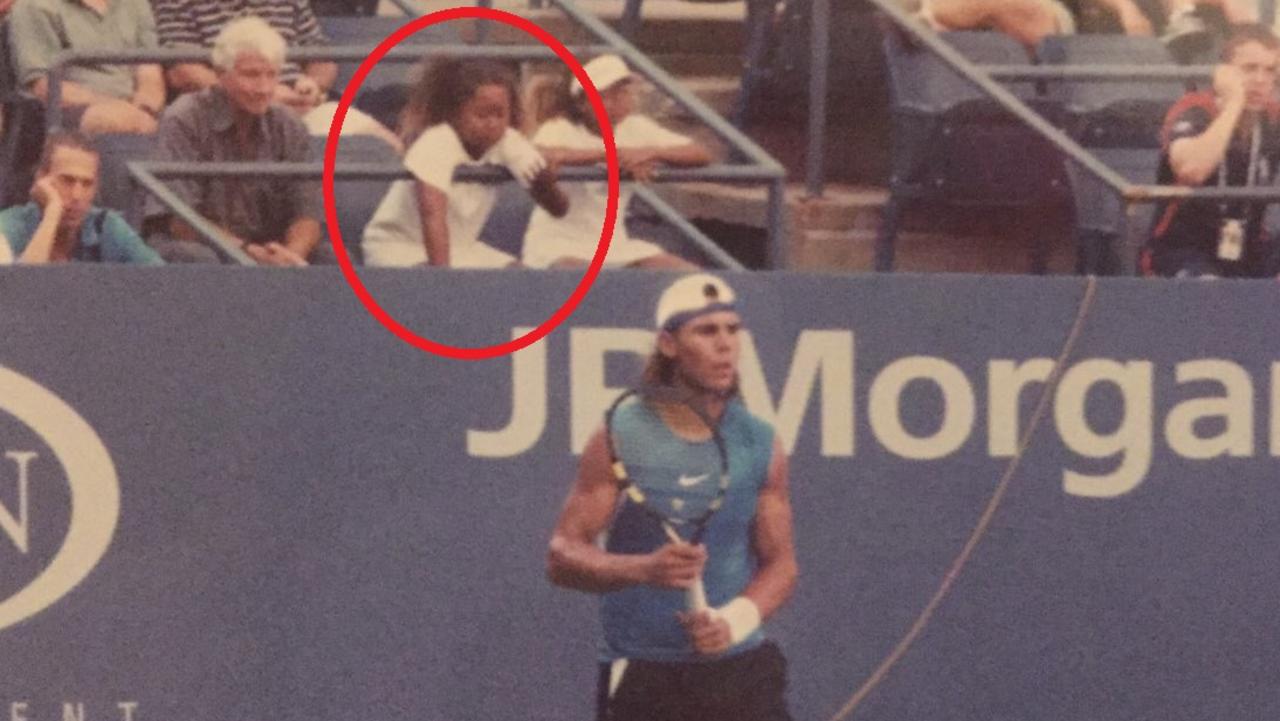 All eyes were on Rafael Nadal during the 2006 US Open when the Spaniard reached the quarterfinals.

However, a photo of the now 22-time Grand Slam champion from his run at Flushing Meadows has returned to the spotlight and has nothing to do with him.

A photograph showing Nadal training in his once-famous long shorts has caused a stir in the tennis world as a fan sitting in the front row hangs over the ledge.

The eight-year-old fan is none other than four-time Grand Slam champion Naomi Osaka.

An eagle-eyed fan made a remarkable discovery in a picture of 20-year-old Nadal and it quickly went viral and the tennis world lost it.

Osaka clearly took some massive tips from watching the Spaniard work on Arthur Ashe Stadium as she hoisted the US Open trophy over her head on court 12 years later.

Social media users did not believe the discovery and quickly shared the image across the Internet.

“OMG this is the best photo ever,” added another.

Osaka pulled the pin at Wimbledon after the extraordinary decision of the ATP Tour and WTA Tour to cancel all ranking points at the tournament.

The ATP and WTA tournaments stripped ranking points from Wimbledon after the All England Club banned Russian and Belarusian players in response to the invasion of Ukraine.

However, the former world number one is preparing for another attack at the US Open after returning from an Achilles injury.