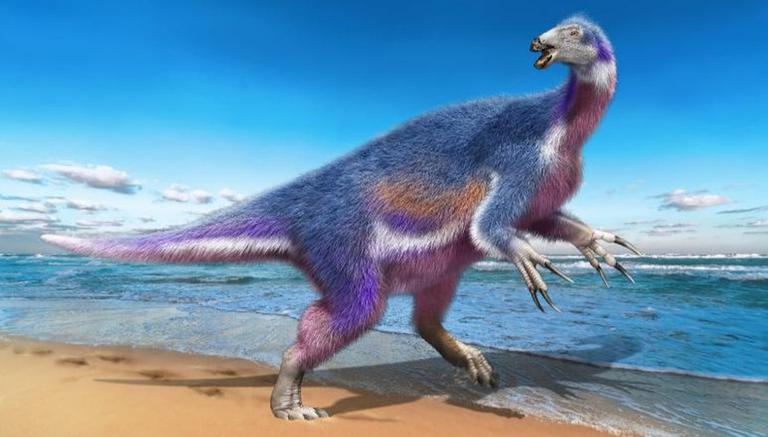 Researchers from Hokkaido University in Japan and Southern Methodist University in the United States have confirmed the discovery of a fossil of a new species of dinosaur that roamed Asia from the early to late Cretaceous, about 145 to 66 million years ago. Belonging to the group of Therizinosaurs, the newly found fossilized paw was associated with a species called Paralitherizinosaurus japonicus. According to experts at the University of Hokkaido, Therizinosaurs were first discovered in Asia because countries like China and Mongolia are rich in their fossils. Fragments of their remains have also been reported from Japan.

A new species of terizinosauride, Paralitherizinosaurus japonicus, has been identified from fossilized nails found in Hokkaido, Japan.

Watch the full video on the meaning of discovery on our YouTube channel:https://t.co/fUq2vbPe6I

A dinosaur who had knives on his fingers

One of the most intriguing features of the dinosaur was its cruel claws with knives for fingers. However, the researchers confirmed that they did not have to mow their prey, but hook and pull the vegetation to the estuary to graze. Therizinosaurs were a large group of dinosaurs with hollow bones and three-fingered limbs and mostly herbivores.

It should be noted that the fossil was first detected in 2008. Osoushinai in a formation that is a rich fossil geological site in Hokkaido Nakagawa. The fossil was originally described as belonging to the manitoraptan dinosaur and was thought to belong to the terisininosaur, but “due to a lack of comparative data, confirmation was not possible at the time,” an official statement from the University of Hokkaido said.

“Paralitherizinosaurus japonicus is the youngest case of terizinosaur remains in Japan. Its discovery shows that Therizinosaurs existed in Asia for a much longer time and in a much larger geographical area than was previously known,” the university said in a statement. Interestingly, this is the first record of terizinosaurs from marine sediments in Asia, and the finding suggests that some derived terisininosaurs have been adapted to the coastal environment.