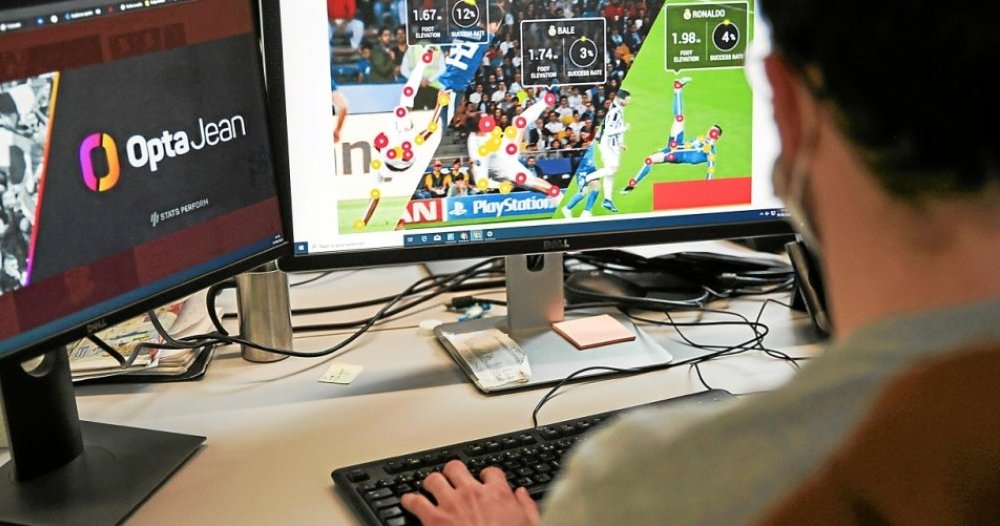 Their names are Jean, Joe, Jack, Paolo, Joon, Franz or even Ivan (depending on the country) and if you are a football fan and get used to Twitter, one day they will definitely challenge you. Opta, the world leader in sports statistics, has built a name on social networks and is a reference for both individuals and professionals. The Opta brand, founded in 1996 in England and acquired by Perform (which merged with the American leader in Stats statistics in 2018 to become Stats Perform) in 2013, established itself in France in 2006 (since 2014 in Paris ) and today supplies the largest French media – including Le Télégramme – but also European institutions, sports leagues (professional football league), sports betting sites, broadcasters and professional clubs.

5 – Lionel Messi recorded 5 assists in his 2 games against St Etienne in the 2021/22 season, the highest number of players against the same opponent in the same season since Opta analyzed the competition (2006/07). Manita. pic.twitter.com/MTsAq1Msdj

“Opta is Anglo-Saxon, so we basically work on cricket, football and rugby, but as part of our two-year partnership with the WTA, we are increasingly focusing on sports other than tennis.” , details Damien Shernetsky (33), head of the French newsroom, in Paris, since August 2018. But in France, 90 to 95% of our activities are focused on football. ”

No data collection … in Paris

Paradoxically, despite his reputation, Opta works very little with individuals.

“B2B * is our only share of revenue. Apart from Twitter, we really don’t have contact with our audience, we don’t seek recognition from the general public, it’s not visibility that will force us to develop, “he explains.

Another picture for deconstruction, a picture of its activities, in France. “Every football fan knows Opta, but contrary to what anyone might think, we will not collect data in Paris, we are collecting raw data. Our job is to recontextualize it. For example, we have a database of all Ligue 1 shooters since 1950 and all those who played in the league for at least a minute, “continues the one who replaced Loïca Moreau, now a data journalist at RMC Sport.

Of the four employees in 2013 (when they were based in London), the French office of Opty has grown to today’s 13 with a sales team and editorial office. Evidence of the democratization of sports statistics, “demand is growing,” says Damien Shernetsky. And in proportion to the improvement of measuring tools. “Today we are no longer satisfied with the number of successful passes, shots … The data is more advanced, there is a real appetite of customers, the taste comes with food!” »

At the same time, popular dissatisfaction is forming under the heading of the advancing dehumanization of football. “Everyone can live football as they please, we offer more analytical tools and other reading, that’s all. I haven’t lost my passion for football since I started at Opta, “asks the French editor-in-chief.

The essentials of sports news