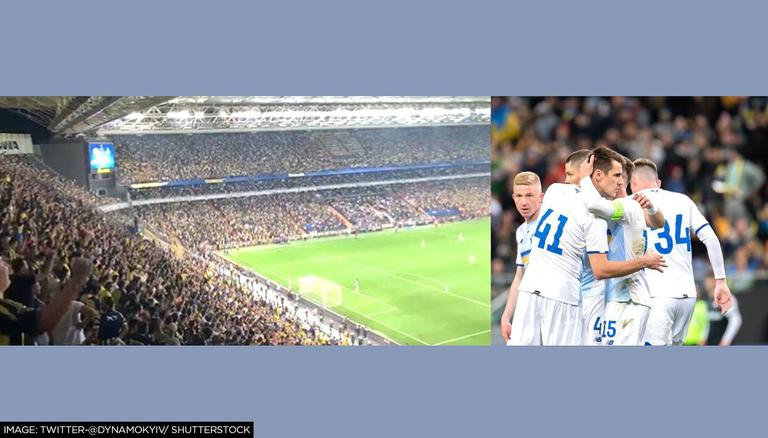 Ukrainian officials have condemned Turkish football fans who chanted the name of Russian President Vladimir Putin during Fenerbahce’s UEFA Champions League (UCL) match against Dynamo Kyiv in Istanbul. The game was the second qualifying round of the UCL. The Ukrainian club Dynamo Kyiv won the match 2:1 after drawing 0:0 in the first match.

Ukrainian Ambassador Vasyl Bodnar expressed his sadness on his official Facebook account after several Turkish fans present at the stadium chanted the name of Russian President Vladimir Putin in the stadium after the Dynamo Kyiv striker scored a goal.

Bodnar wrote: “We will never understand the words of support for the Russian murderer and aggressor who is deliberately killing Ukrainians and destroying our country. Even football, which is so loved in Turkey, has its limits.”

The chants are believed to have started after Dynamo Kyiv midfielder Vitaly Buyalskyi celebrated his goal with an apparent eagle gesture in front of the fans. Some fans present at the stadium seemed to believe that the celebration was in recognition of Fenerbahce’s arch-rival Besiktas.

Meanwhile, Dynamo Kyiv head coach Mircea Lucescu told reporters after the match: “I didn’t expect such chants. It’s a shame.” Lucescu, who is a former manager of the Turkish national team, later refused to attend the post-match press conference.

After facing strong opposition from Ukrainian officials, Fenerbahce issued a statement reminding fans to keep politics out of sports. The statement read: “We once again remind the public of our position that sport and politics should always be kept separate.”