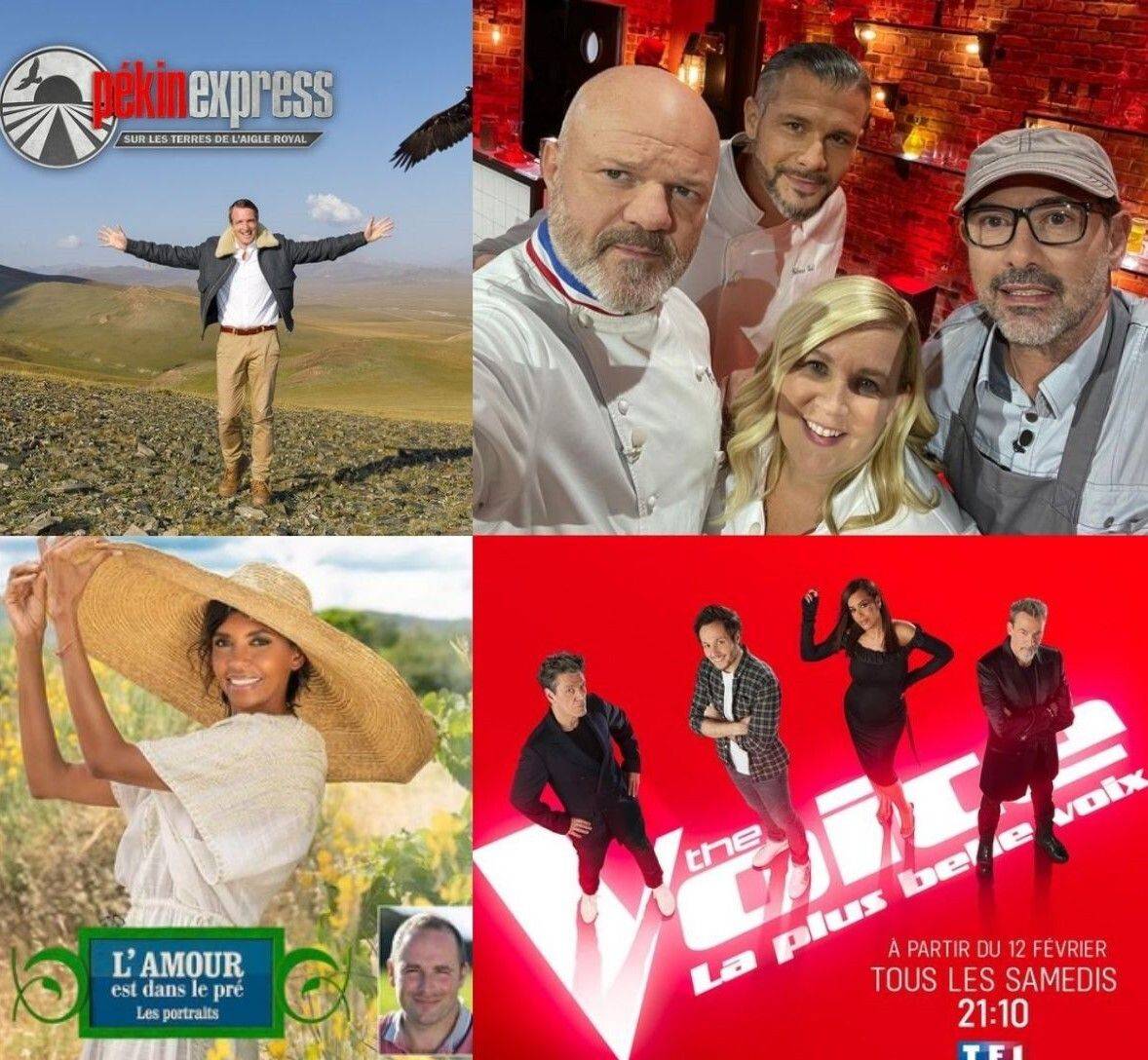 TELEVISION – Enough for the West from February. TF1 and M6 have announced the broadcast dates for their flagship programs this Tuesday, January 25: Top Chef, Beijing Express, Love is in the Meadow and The Voice.. And it all starts next month.

Starting with Beijing Express, which will air on M6 from February 10, every Thursday evening in the early hours, followed by The Voice, Saturday night on TF1, from February 12. For Valentine’s Day, February 14, M6 will begin broadcasting portraits of farmers from 2022. permit Love is in the meadow, from 9:10 p.m. Finally, the first episode of the thirteenth season of Top Chef will air from Wednesday, February 16.

Therefore, the first show to return to the small screen is the adventure of the Beijing Express. The first episode of In the Land of the Golden Eagle will be broadcast on Thursday 10 February at 9.10pm on M6. And this fifteenth season of the game promises to be spectacular. Eight couples, selected from 90,000 entries, will begin their journey in the mountains of Kyrgyzstan, then cross Uzbekistan and Jordan before playing in the grand finale in Dubai.

Because at the end of each stage, the team that arrived last chooses the one they want to face in the final sprint from the other pairs. This race must determine which team stays in the game. A duo with an Express Pass can decide to play against the final pick of the team that arrived last in the round. Unless it’s last or first, in which case both adventurers are protected. Express Pass can only be played once and will not be transferred to another team during the game.

TF1 has also decided to change some rules for the new season of The Voice, which will be broadcast from February 12 at 9:10 p.m. This ended the knockout test that usually followed the battles. To replace them, a new event enters the singing competition – “supercross battles”.

A name that sounds, but the principle is quite simple, because in the end it is the second round of crusades. The principle is basically the same as in battles, only this time the singers are not part of the same team. Each coach chooses who they want to send out to be voted on by the opposing team’s talent, and the public decides. The winners of the crusades will face each other in supercross battles with the same rules.

Candidates will be supported by new coaches

M6 has also decided to change its judging panel for the new season of Top Chef, which will be broadcast from Wednesday, February 16 at 9:10 p.m. After the unexpected departure of Michel Sarran, the jury for this 13th season will consist of Héléne Darroze, Philippe Etchebest, Paul Pairet and the “little” newcomer Glenn Viel.

And M6 will not overtake the second month of the year. From February 14 and next Monday, the 21st, the channel will show portraits of 9 men and 4 women between the ages of 24 and 72 who will be looking for love in the 17th season. Love is in the meadow.

There are also surprises waiting for the audience: a father and his daughter will try to find their soulmate thanks to the show, reports TéléLoisirs. Fans of the show will also find a familiar face as Thierry, who in 2015 will return to the program. participated in the 10th season of the show, but his love affair with Annick did not work out.

See also The HuffPost: ‘The Voice’: The advice Vianney would have liked to have had he been a candidate