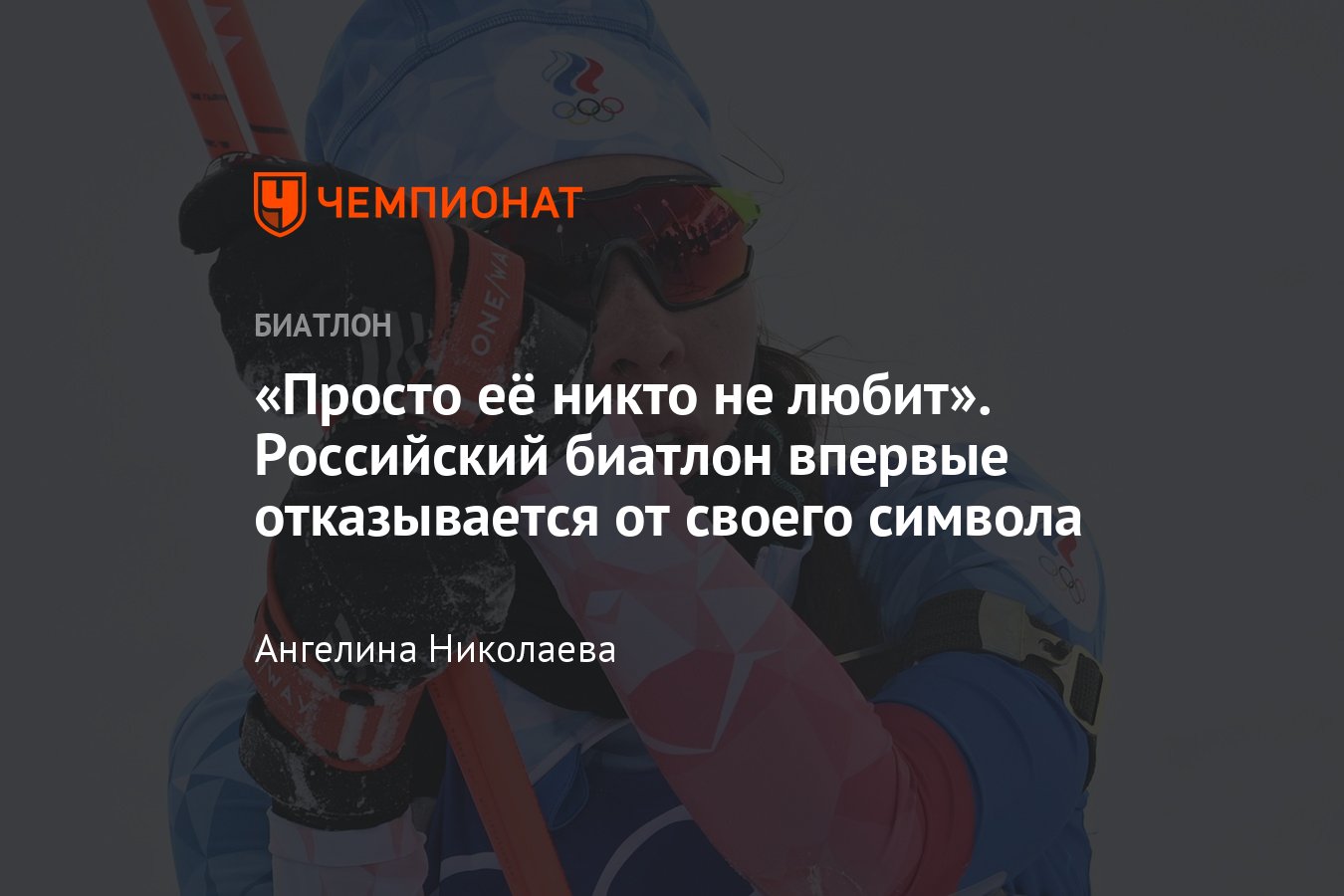 In recent years, the attitude towards the famous “Izhevsk rifle” is very unclear. Athletes from the national team are sent to this competition, who would not be able to show high results at the international level and who have to defend their place in the national team – that is why the leading biathletes in Izhevsk are afraid as hell. At the same time, other Izhevsk riflemen have the opportunity to enter the state unit on stages after the New Year.

Izhevsk’s rifle can probably be called a symbol of Russian biathlon, because the strongest Russian biathletes have been performing there for more than 50 years. However, it looks like there won’t be more of this tournament – it’s not on the preliminary RRF calendar for the upcoming season. Let’s find out why this happened.

The reason is outdated infrastructure

During the Russian Biathlon Championships, a coaching council took place in Tyumen, where the preliminary RBU calendar for the 2022/2023 season was presented. And the annual “Izhevsk Rifle” was not included in this calendar. The main reason is very simple – the obsolete infrastructure of the Izhevsk Biathlon Complex and the insufficient number of places to relocate athletes. The competition plan has not yet been finally approved, but it seems pointless to hope that the situation will change in the near future.

“During the Russian championship in Tyumen, the executive committee of the coaching council presented a draft calendar for next season. This project has not yet been accepted and submitted for review. The next procedure is the approval of the calendar plan by the RBU Board. It is therefore too early to say that Izhevsk’s rifle was finally lifted. It is clear where everything is going, but it is not the final decision.

According to the preliminary plan, there were no competitions, because the number of rooms in the complex hotel is smaller than the number of athletes arriving, ”said Ivan Chererezov, the head of the Udmurt Biathlon Federation and a member of the RBU board. Championship.

The Izhevsk Rifle has been held since 1969 and can be called the most important tournament in Russian biathlon. Previously, through the Izhevsk rifle, the athletes got to the Olympic Games and world championships, according to the results of Izhevsk’s start, athletes were selected for participation in the January stages of the World Cup, but in recent years the composition of the Russian national team. IBU Cup stages were created. Traditionally, the competition takes place at the end of December and is the stage of the Cup and the Russian Championship.

In December 2022, the 53rd Izhevsk Rifle may have been missed, but it doesn’t seem to be. Rumors that the competition could be taken away from Izhevsk have been going on for several years – the problems of outdated infrastructure and not the easiest conditions for organizing the competition have been talked about for a long time. Nevertheless, the Udmurt authorities managed to defend the tournament, guaranteeing that the problems would be resolved. This time there were few promises.

Interestingly, all this happened at a time when Russian biathlon was eliminated from world sports, and there is a great risk that next season our biathletes will start only in Russia. That is, it turns out that in the season when domestic competitions can attract the most fans, our biathlon personally deprives itself of iconic competitions with a rich history?

“Reboot of Biathlon in Udmurtia”

It turns out that it is. Although in 2017, the leader of Udmurtia, Alexander Brechalov, spoke about the intention to increase the popularity of Izhevsk’s rifle.

“I have no doubt that we will be able to resume biathlon in Udmurtia. I got into this topic. We are now changing the situation by reformatting the work of our federation. We will elect a person to deal with this matter responsibly. We also need to think about the motivation system of athletes, give them moral support.

I am interested in the development of biathlon. In addition, we are currently negotiating with major Russian companies to act as key partners for our federation. Among other things, they are talking about the reconstruction of the old building and the construction of a new hotel building. I am convinced that Udmurt biathlon has a great future, ”said Brechalov.

Unfortunately, this was not possible.

Yes, the biathlon complex in Izhevsk, built in the late 1970s, is indeed much lower than the new stadiums in Tyumen and Khanty-Mansiysk – after all, Udmurtia cannot catch up with the richest regions of Russia.

However, it is very sad that it is in the season of Russia’s isolation from the world of sports and the need to develop domestic competitions that we are losing such a historically significant competition. 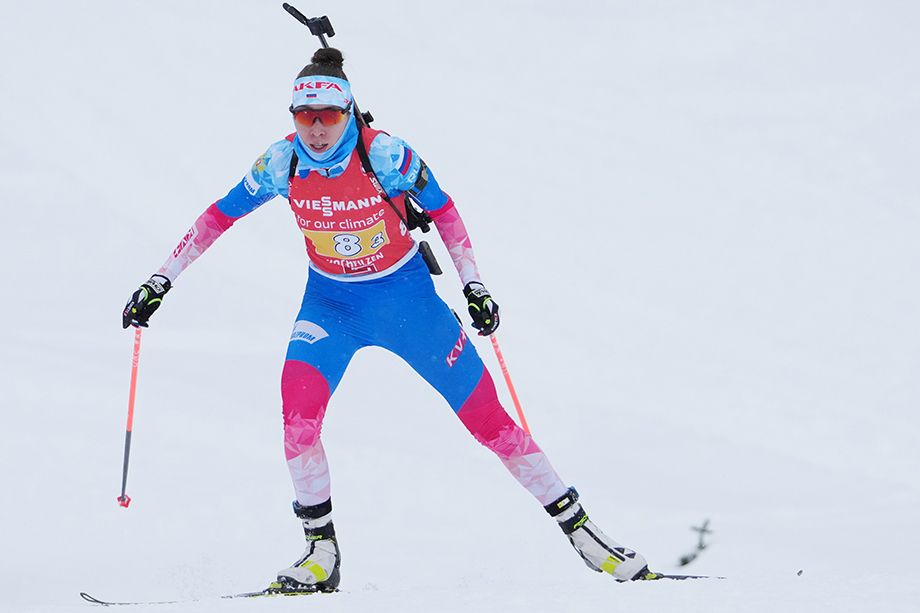 It is to be hoped that the abolition of Izhevsk’s rifle will be temporary and will not have serious negative consequences for the development of biathlon in Udmurtia. However, it was this republic that raised dozens of famous biathletes, including Valery Medvedtsev, Nadezhda Talanov, Maxim Maksimov, Viktor Vasilyev, Ivan Chererezov. Currently, Ulyan Nigmatulina, Alexander Povarnicin and Nikita Lobastov, representing Belarus, as well as the best juniors in Russia after the results of last season – Alexander Kornev and Yevgeny Yemerkhonov – are playing successfully.

Izhevsk is an important point on the map of Russian biathlon, and every professional biathlete in our country has once started or trained in Udmurtia. I really do not want the history of Izhevsk’s rifle to end and only some of Russia’s richest regions to have the opportunity to hold important competitions.