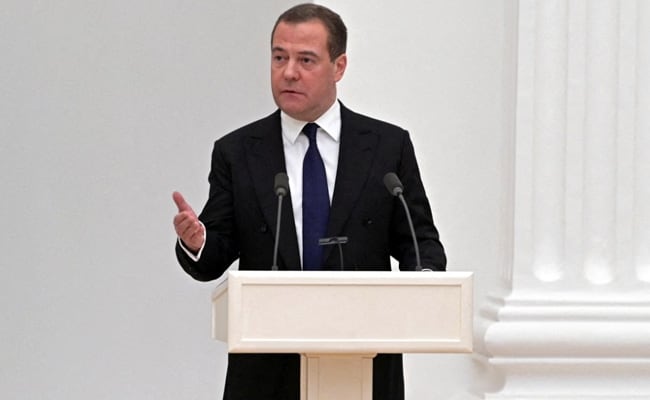 Former Russian President Dmitry Medvedev has said that sanctions imposed on his country will have a wide range of global consequences. Newsweek reported.

Russia invaded Ukraine on February 24 this year, prompting the West to impose severe economic sanctions and punish countries that will do business with Moscow. As a result of sanctions, Russia is facing an uncertain economic crisis in the future.

But that did not stop Mr Medvedev from attacking the United States and its allies. He said the effects of these sanctions will be felt around the world.

Medvedev made the announcement on Friday on his Telegram channel Newsweek a report outlining the impact on supply chains, inflation and the food crisis in 10 points.

He also announced that restrictive measures would harm the global financial system, which could lead to a monetary and financial crisis in some countries or blocs due to undermining the stability of many national currencies, wild inflation and breaking the legal system protecting private property.

Many aspects of life, according to the politician, will be affected. “New regional military conflicts will arise where the situation has not been resolved peacefully for years or where the essential interests of major international actors are not taken into account. Terrorists who believe that the Western authorities are currently deterred from a showdown with Russia will be activated.” he wrote.

He went on to say that it would be a “failure of the idea of ​​a US-centric world” as all this would highlight the weakness of Western concepts of international relations, Newsweek it was reported.

Mr Medvedev was elected President of Russia in 2008. He was considered more liberal than his predecessor, Vladimir Putin, who was prime minister during Medvedev’s term. As president, Medvedev favored a broad-based modernization program aimed at modernizing Russia’s economy and society while reducing the country’s dependence on oil and gas.