The features of the novelty have allowed us to go beyond the category of smartphones and present the device as a trendy accessory. This concept was reflected in the advertising campaign whose face was Natalia Vodianova, model, philanthropist and investor in mobile technologies.

The plot of the video is built on three images that unfold together with a flexible smartphone. They symbolize the desire of every girl to change. This is in line with the concept of the Galaxy Z Flip3 smartphone, which can be transformed thanks to a flexible screen.

“I find it important to be able to express myself openly and unleash my potential, which is why I am in tune with the Galaxy philosophy of“ Going beyond what is possible. ”The latest technologies are created for us. help make us come true – and I’ll be happy to talk about it in the Galaxy Z Flip3 campaign, ”noted Natalia Vodianova.

Filming for the advertisement took place in Moscow and the Moscow region in early September. Make-up artist Natalia Vlasova, known for her work for international glossy magazines, participated in the creation of the images and dresses of the current fashion collections of Mugler, Yanina and Giambattista Valli complemented them. The project stylist selected them from over 50 outfits from the world’s greatest designers and specially brought them to the shoot from Paris.

The locations also helped to emphasize the character of each image. Especially for the first scene of the video, a magical garden was created, decorated with hundreds of natural flowers. Then the shoot moved to the austere and futuristic Dominion Tower, designed by the legendary Zaha Hadid. And the last scene in the video was shot on the rooftop of the CrownePlaza hotel overlooking the magnificent Moscow panorama at night and the lights of the Moscow city towers.

“Natalia is a goddess! When she enters the frame, everything around her is transformed. And during the filming of the last scene, where Natalya dances at night against the backdrop of the city in a beautiful scarlet dress, the entire film crew was just breathless with joy, ”said project director Konstantin Cherepkov . 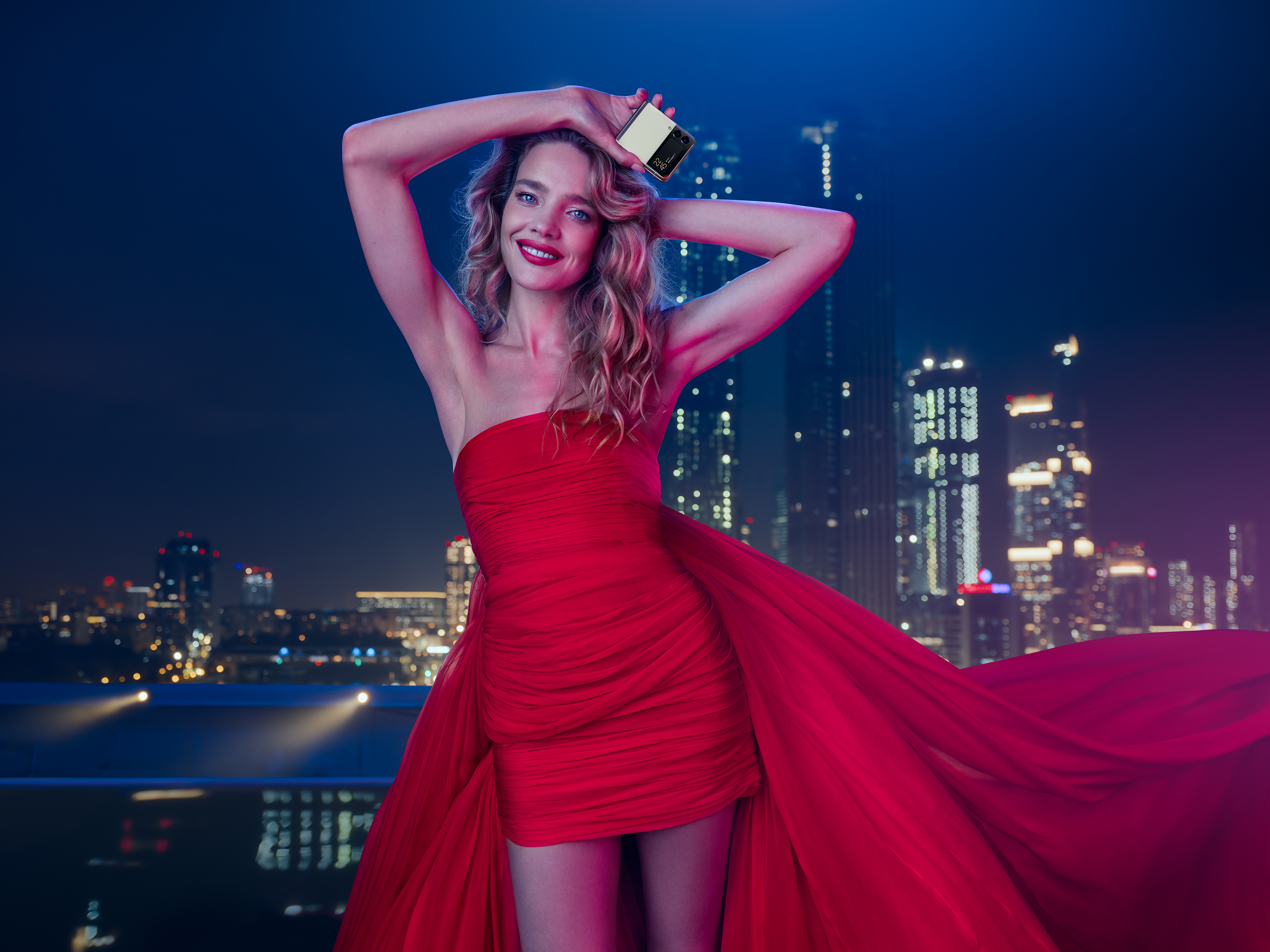 “We believe technology should work for people, not the other way around. Such a world is open to innovation and collaboration. Therefore, it is not surprising that we started this campaign together with Samsung Galaxy brand ambassador Natalia Vodianova: she is not only a model and an investor in technology, but also actively works in the field of charity, ”commented Ilya Ilyinov, head of marketing communications at Samsung Mobile Russia.

The ad campaign will also include photos taken by fashion photographer Daniil Golovkin, who has made covers for famous glossy magazines and worked with Naomi Campbell, Annie Leibovitz and Adrian Brody. Photos from the photo shoot will become the basis of static formats for digital campaigns and communication in brand stores. 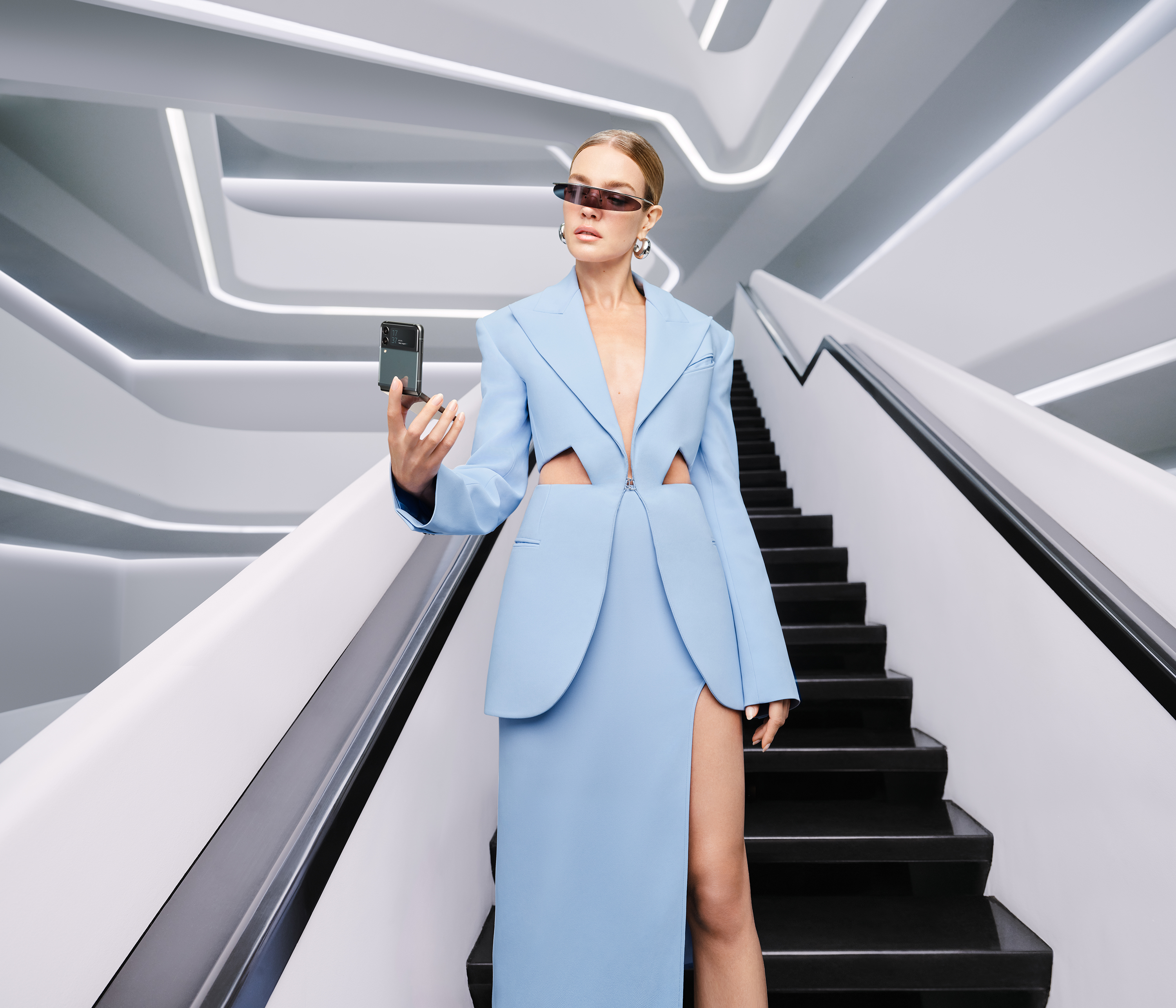 The campaign was carried out in the style of beauty brands and involved the best team specializing in filming in the fashion and beauty segments.

Advertising with the participation of Natalia Vodianova has already appeared on TV, digital platforms, as well as on the largest multimedia screen in Russia in the Hydroproject building in Moscow.

More information on the Galaxy Z Flip3 smartphone is available on the website: https://www.samsung.com/ru/offer/galaxy-z-flip3/