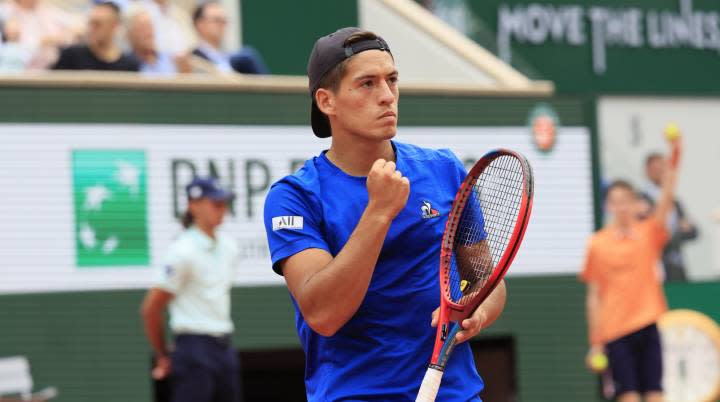 Sebastian Baez confirms his good form by qualifying for his third final of the season after Santiago (lost) and Estoril (win). After discarding Dominic Thiem in the quarter finals, the Argentinian (34th in the world) came from a very solid match in Bastad to win against world number 8 Andrei Rublev. Not a match of poets, but a match in which Baez will have shown mental toughness and exemplary precision of play against a still boiling Russian.

Convinced with a fast break (3-1), Baez took back his game in the 1st set. Stable in the top 10, Rublevs responded immediately, coming back 3-0 in the second match. But Baez never panicked. On the contrary, he continued to play fair, taking advantage of a certain size of his opponent, which was not yet fully developed after the almost non-existent grass season. We’ve seen Rublev try something other than the over-the-top baseline shot, but his rare passes to the net have rarely gone in his favor like a match point. Back at 4-4, Baez looked unstoppable despite Rublev’s desire to stay in the game.

Baez, who has qualified for the Bastad Open final, will fight for the title with his compatriot Francisco Cerundolo, who defeated Pablo Carreno Busta (6-3, 6-2).