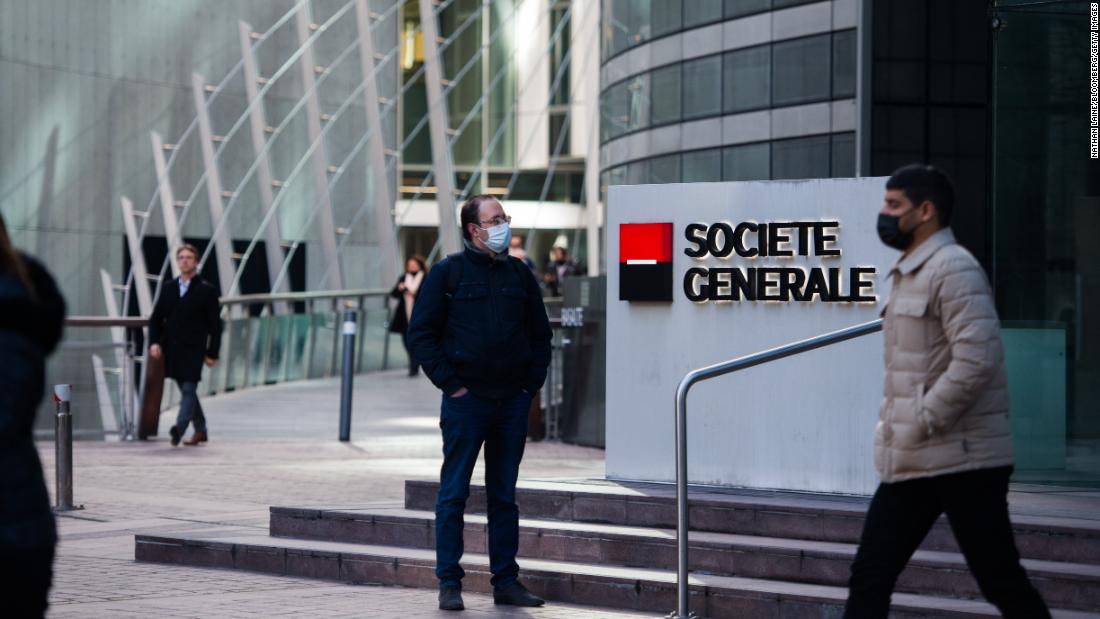 Rosbank will join the business empire of Potanin, which is the largest shareholder in Norilsk Nickel, (NILSY) the world’s largest producer of palladium and refined nickel.
Potanin’s holding company has owned Rosbank since 1998, before General Society (SCGLF) (SocGen) bought the stake in 2006 and merged it with its other Russian activities in 2010.

SocGen has previously indicated the risk of writing off its stake in Rosbank.

Shares of France’s third-largest bank rose as much as 8 percent on Monday after it announced it would end its more than 15-year ownership of Rosbank amid growing pressure to sever ties with Russia.

SocGen did not disclose what Interros Capital paid for the stake, but said the deal would allow it to exit Russia in an “efficient and orderly manner” and ensure continuity for Rosbank employees and customers.

Interros said in a statement that the deal should be completed within a few weeks of receiving all necessary regulatory approvals.

SocGen said the deal will result in a write-off of about $ 2 billion ($ 2.2 billion) and a remarkable non-cash item, but will not affect SocGen’s capital ratio.

The write-off will be “largely offset” by the deconsolidation of its € 15.4 billion exposure to Russia and by indefinite payments, including the repayment of subordinated debt by Interros Capital, SocGen added in a statement.

SocGen first acquired a stake in Rosbank in 2006 with the option to repurchase a majority stake in 2008. In 2010, the Russian bank was fully merged with other SocGen operations in Russia.