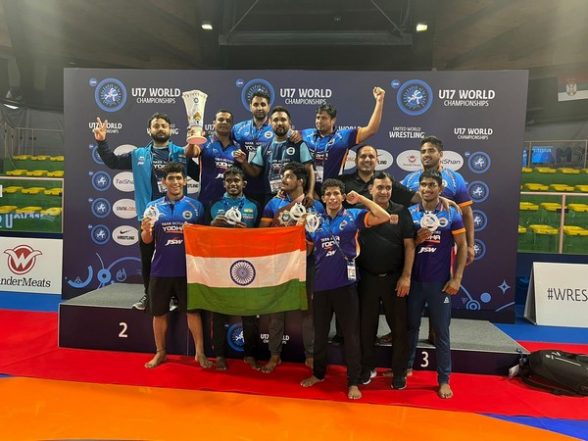 “With 14 medals including 7 golds (of which 5 were won by female athletes) and a Greco-Roman gold after 32 years, India’s performance at the World Cadet Wrestling Championships (U-17) is its best ever. the number of medals matches. I congratulate our contingent,” the prime minister wrote on Twitter.

In this event, Suraj became India’s first U-17 Greco-Roman champion in 32 years, which was previously achieved by Pappu Yadav in 1990.

(This is an unedited and auto-generated story from the Syndicated News feed, the most current staff did not need to edit or edit the body of the content)