The epidemic situation is accelerating, complaint filed against Louis Mapou 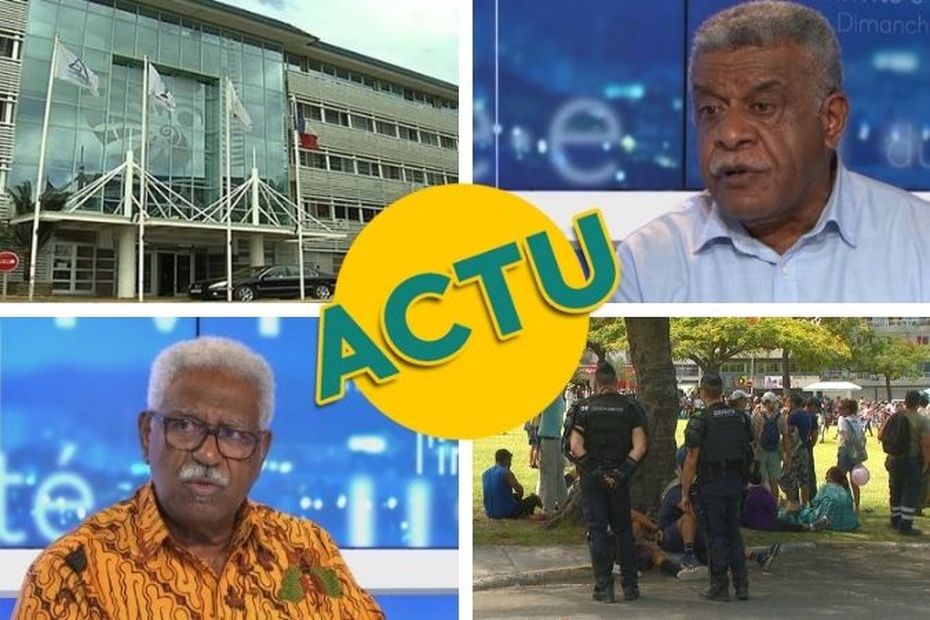 Much of the news in New Caledonia and in the Region with new measures in the face of the positive cases of Covid-19, the presidents of government and Congress targeted by a complaint. As for Gaëlle Wéry, a figure in the RéinfoCovid collective, she was released from prison by the police.

Gédéon Richard, with the editorial staff of NC la 1ère
•

The management of the Covid-19 epidemic is evolving. With the acceleration of the epidemic situation and the multiplication of clusters, the government announced on Wednesday new measures relating to the treatment of positive and contact cases. The isolation time will be adapted, so “to allow the continuity of life, in particular the continuity of work” while trying to curb the circulation of the virus. Especially adapted according to the vaccination status. With this indication: vaccination would be 30% effective against Omicron with two doses and 75% with three doses.

The delta and omicron variants circulate in the same way. A further 370 new cases were reported in 24 hours on Wednesday, bringing the number of cases deemed active to 1,417. The seven-day incidence rate jumped again, from 284 to 380 per 100,000 inhabitants. No new deaths were observed, 1,230 vaccine doses were injected in 24 hours, and 65.05% of the total population have a full vaccination schedule.

Our everyday colleagues Caledonian News Wednesday learned that a 19-year-old woman filed a criminal complaint against Louis Mapou and Roch Wamytan in late December. He criticizes the presidents of the government and of Congress for the side effects, especially the facial paralysis, which presents after vaccination. This person believes that the two politicians, in a context of mandatory vaccination, put his life in danger. An investigation was opened by the prosecutor.

Gaëlle Wéry was released Wednesday at 9:45 am from police custody. For 24 hours she was heard for the organization of the illegal demonstration on January 15th. He also had to respond to remarks made in a video on October 15 about the vaccination ban in Camp East. This case had already earned him a free hearing with his phone and laptop seized. Gaëlle Wéry, one of the leaders of the anti-tax movement RéinfoCovid, will appear on May 6 before the criminal court.

The first injections of the Pzifer-BioNTech vaccine in New Caledonia took place on January 20, 2021. One year after the start of the vaccination campaign in New Caledonia, we will return, within the day, to the progress of this campaign, from the first moments of infrequency in the vaccination centers to the race of the Caledonians, which led to the creation of vaccinodromes.

It is the season of the hunt for sponsorships for the presidential elections, all over France. Three months before the first round, each candidate must obtain 500 signatures from local elected officials in order to stand. Support committees want to be ready and are mobilizing on the ground to explain to elected officials the interest in sponsoring candidates.

The Grand Chief of the Guahma District, Henri Dokucas Hnaisseline, begins his third day of police custody at the Bailly de Normandie barracks in Noumea. He was arrested on Monday afternoon in Maré. A mobilization of support continues on the island, in front of Tadine’s gendarmerie brigade. Mobilization is also underway in front of the Normandy gendarmerie barracks. We recall that the great leader is accused of having ordered the abuses that occurred in November 2020 to the tribe of Roh.

The Soenc civil service was mobilized from 4 am this Thursday, in front of the Nouméa penitentiary center. Its member agents go on strike all day on the spot. They ask for the non-renewal of the contract of the Camp-Est director. They denounce the unhappiness of the staff, the difficulties in carrying out their mission and denounce the working conditions inside the plant.

The registration campaign at the University of New Caledonia (UNC) began on Wednesday. New students and students already enrolled last year must pre-register online on the site UNC website, before February 4th. Administrative enrollments have also begun at the Nouville campus in Nouméa, where they will continue until 4 February. On the Baco campus they must be completed on site, in Koné, from 7 to 9 February.

About 84,000 people, more than 80 percent of the Tonga Islands’ population, were affected by the eruption of the Tonga-Hunga Ha’apai volcano and subsequent tsunami, the United Nations (UN) reported Wednesday. Evacuations from the particularly affected islands are underway. It will take at least a month to repair the submarine communication cable connecting the Tonga Islands to the rest of the world, the New Zealand Foreign Ministry also announced.

The tennis player Gaël Monfils, 20th in the world in the ATP ranking, did not drag himself to beat his opponent, the Kazakh Alexander Bublik (32nd) in the second round. Clear victory and in three sets 6-1, 6-0, 6-4 for the Francilien. It took him only 1 hour and 29 on the court to reach the third round of the Australian Open in tennis.

Find the rest of the news headlines in the next few minutes.